Sophia Dunkley produced a fighting half-century after Kate Cross' five-wicket haul to help England Women register a five-wicket win over India Women and grab an unassailable 2-0 lead in the three-match series on Wednesday. 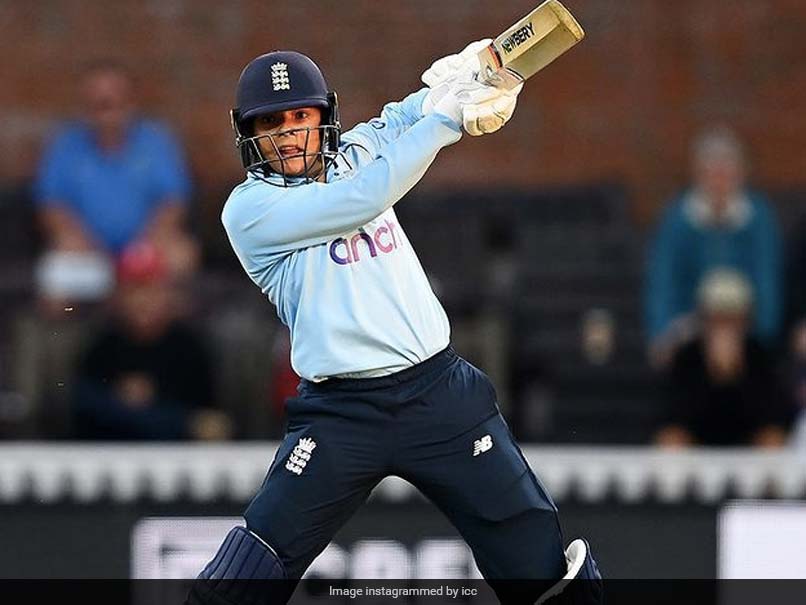 Skipper Mithali Raj's second successive fifty went in vain as Sophia Dunkley produced a fighting half-century after Kate Cross' five-wicket haul to help England Women register a five-wicket win over India Women and grab an unassailable 2-0 lead in the three-match series on Wednesday. Invited to bat, India could manage a below-par 221 in the stipulated 50 overs, build largely around Raj's 92-ball 59 and opener Shafali Verma's 55-ball 44. Chasing 222 for a win, England batters couldn't capitalise on their starts to lose five wickets for 133 in 28.5 overs but Dunkley (73 not out) and Katherine Brunt (33 not out) produced a 92-run partnership for the unconquered sixth wicket to take the team home with 15 balls to spare.

Lauren Winfield Hill (42) and Amy Ellen Jones (28) were the other notable contributors for England in the run chase.

Raj did not take the field during the England run chase as she developed pain in her neck and her deputy Harmanpreet Kaur led the visiting team. Radha Yadav was the substitute fielder for Raj.

Earlier, the 38-year-old Raj, who had scored a fighting 72 in the first ODI, once again stood out in her 92-ball innings, which was studded with six boundaries but she didn't get any support from the other end as Cross kept chipping away at the wickets.

Put in to bat, Smriti Mandhana (22) and Shafali Verma (44) gave India a good start, adding 56 runs in 11.5 overs before the former played one on to her stumps to become the first victim of Cross.

Jemimah Rodrigues (8), who replaced Punam Raut in the playing XI, continued to struggle with the bat as Cross induced a leading edge from the batter to leave India at 76 for two in 16 overs.

Verma, who scored seven fours in her 55-ball innings, was then flummoxed by Sophie Ecclestone with wicketkeeper Amy Ellen Jones producing a sharp stumping in the next over.

Raj and vice-captain Harmanpreet Kaur then steadied the innings, sharing 68 runs off 103 balls to take India across the 100-run mark.

However, Cross once again returned to break the partnership, this time getting rid of Kaur, who ended up getting a leading edge -- similar to Rodrigues -- and was easily pouched by the bowler.

New batter Deepti Sharma got one boundary but paid the price for a poor shot as she was caught by Sophie Dunkley in the deep with Cross being the beneficiary again.

Sneh Rana, one of the star performers of the one-off Test, too fell in similar fashion with her leading edge being caught by Heather Knight after a bit of a juggle as Cross claimed her fifth victim.

Taniya Bhatia then edged one to the keeper, while Shikha Pandey too was caught behind as Indian women slumped to 181 for 8 in 44 overs.

Raj was then run out while trying to steal a second run. Jhulan Goswami and Poonam yadav then stitched 29 runs off 22 balls to swell the Indian total.

England Women Cricket
Get the latest updates on SA vs IND 2021-22, check out the Schedule and Live Score . Like us on Facebook or follow us on Twitter for more sports updates. You can also download the NDTV Cricket app for Android or iOS.