Dwayne Bravo has become the first player to claim 600 T20 wickets. He achieved the feat in the 516th innings of his T20 career. 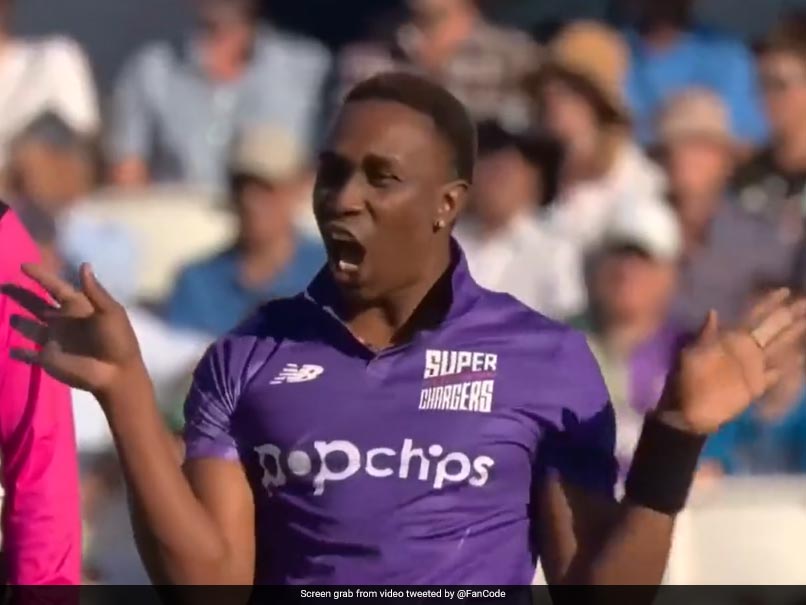 Dwayne Bravo continues to shine in the T20 format. The player on Thursday became the first bowler to claim 600 T20I wickets. The Caribbean all-rounder achieved the feat while playing for Northern Superchargers in their match against Oval Invincibles in the ongoing The Hundred tournament. Bravo dismissed Rilee Rossouw on LBW before cleaning up Sam Curran for his 600th T20 wicket. The veteran all-rounder, who is adept in varying the pace of the ball, bowled a slower delivery to get rid of Curran in the match.

Soon after claiming his 600th T20 wicket, Bravo celebrated in a unique style. He achieved the feat in the 516th innings of his T20 career. His overall figures were 2 for 29 in the 20 balls bowled.

Bravo is being followed by the likes of Rashid Khan and Sunil Narine who have claimed 466 and 457 T20 wickets, respectively.

Talking about the match, Northern Superchargers posted 157 for 7 batting first in the 100-ball-a-side game. Adam Lyth top-scored with a 79-run knock off 33 balls, while Bravo had a poor outing with the bat, getting out for a first-ball duck. For Oval Invincibles, Sunil Narine starred with the ball picking three wickets for 11 runs in the 20 balls bowled.

In reply to Northern Superchargers' total, the Oval Invincibles reached home with in 97 balls with three wickets in hand. Sam Curran scored 60 runs off 39 balls while Jordan Cox also helped the team's cause with his 48-run knock that came off 29 balls. In the bowling department, Bravo was the pick of the bowlers for the losing team Northern Superchargers.

Dwayne Bravo
Get the latest updates on IPL Auction 2023 and check out  IPL 2023 and Live Cricket Score. Like us on Facebook or follow us on Twitter for more sports updates. You can also download the NDTV Cricket app for Android or iOS.