Delissa Kimmince's 3/21 and Rachael Haynes' 40 not out helped Australia Women chase down 129 to defeat New Zealand Women in the second T20I. 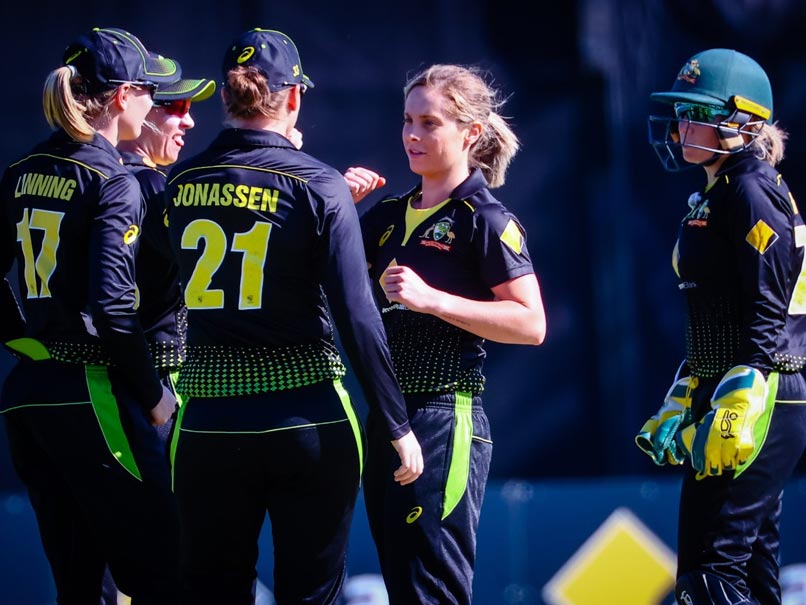 Australia defeated New Zealand in the second T20I and took an unassailable 2-0 lead in the series.© AFP

Delissa Kimmince's three-wicket haul and Rachael Haynes' 40-run knock helped Australia defeat New Zealand by eight wickets in the second T20I of the three-match series on Sunday at the Allan Border Field in Brisbane. With this win, Australia have gained a 2-0 unassailable lead in the three-match series. Both sides will now play against each other in the third and final T20I on Wednesday, September 30. Chasing 129, Australia got off to a flier as openers Alyssa Healy and Beth Mooney put on 50 runs inside the first five overs, but finally, the onslaught was ended by New Zealand's Lea Tahuhu as she dismissed Healy (33) in the fifth over.

Soon after, Mooney (24) was also sent back to the pavilion by Amelia Kerr in the eighth over, reducing Australia to 64/2, still 65 runs away from the target.

In the end, Meg Lanning and Haynes ensured that Australia did not suffer from any more hiccups. The duo put on an unbeaten stand of 65 runs to take Australia over the line by eight wickets with 20 balls to spare. Haynes and Lanning remained unbeaten on 40 and 26 respectively.

After opting to bat first, New Zealand got off to a poor start as the side lost Sophie Devine (9) and Maddy Green (7) with just 16 runs on the board.

Suzie Bates and Amy Satterthwaite revived the innings for New Zealand as the duo put on 49 runs for the third wicket, but Georgia Wareham got Australia back into the match with back-to-back wickets of Satterthwaite (30) and Hayley Jensen (7), reducing New Zealand to 80/4 in the 12th over.

New Zealand kept on losing wickets at regular intervals and as a result, the side was bowled out under the 130-run mark. For Australia, Wareham and Delissa Kimmince scalped three wickets each.

New Zealand Women Rachael Haynes Alyssa Healy Amy Satterthwaite Suzie Bates Lea Tahuhu Cricket
Get the latest updates on ICC T20 Worldcup 2022 and CWG 2022 check out the Schedule, Live Score and Medals Tally. Like us on Facebook or follow us on Twitter for more sports updates. You can also download the NDTV Cricket app for Android or iOS.