David Warner shared a picture of daughters Indi Rae and Ivy Mae trying out his wardrobe in his absence. 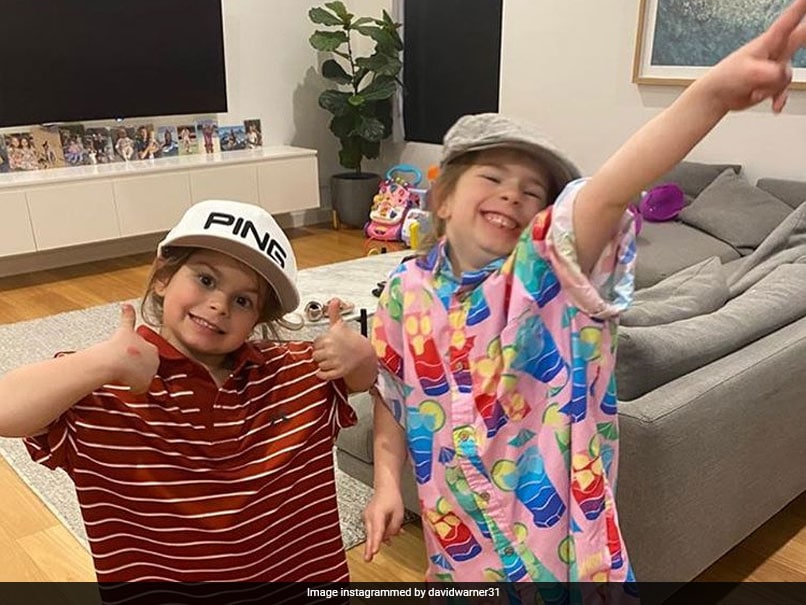 David Warner and family have been an absolute revelation on social media ever since the COVID-19 pandemic trapped people inside their homes. Warner, his wife Candice and their daughters have frequently shown up on TikTok videos and Instagram doing a gamut of activities including but not limited to Bollywood dance and lip-syncing of dialogues from Indian films. It looks like the sisters Indi Rae and Ivy Mae have taken to their father's spontaneity as Warner found out when the kids raided his wardrobe in his absence. Warner shared a picture of Indi Rae and Ivy Mae in daddy Warner's outfit and captioned it thus: “Leave your kids for one day and they raid your wardrobe.”

After more than five months of family time, Warner bade goodbye to his wife and kids as he joined the Australian team for the tour of the UK.

Australia will play three One-Day Internationals (ODIs) and three Twenty20 Internationals (T20Is) in the UK against England in September before members of their squad travel to the UAE to participate in the 13th season of the Indian Premier League (IPL).

The five-time world champions last played international cricket in March when they faced New Zealand in an ODI at the Sydney Cricket Ground.

Australia have named a 21-man contingent for the tour led by Aaron Finch, Warner's opening partner.

Warner plays for Sunrisers Hyderabad in the IPL and will return to lead the team this season after finishing as their highest scorer in IPL 2019.

The IPL gets underway from September 19 and the final will be played on November 10.