David Warner on Wednesday said his SunRisers Hyderabad teammate Kane Williamson "will not be going anywhere" else in the IPL. 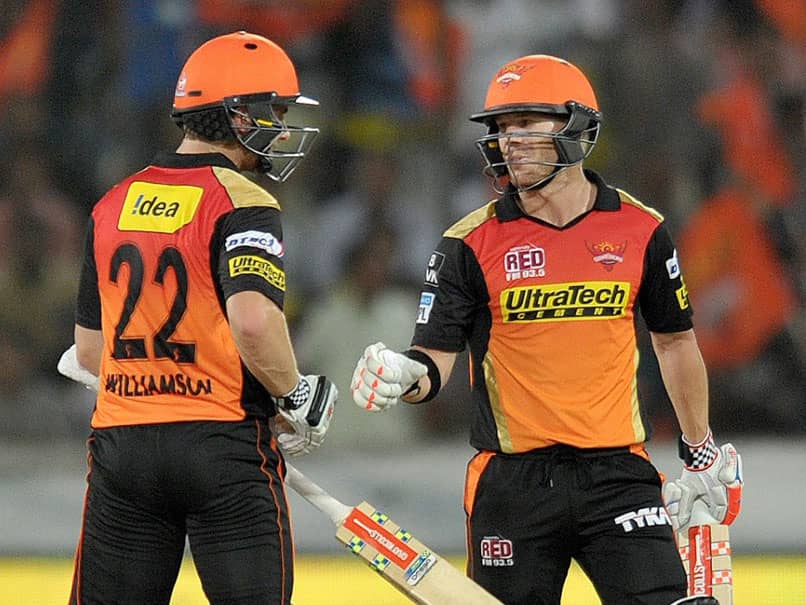 David Warner put to rest any speculations over his SunRisers Hyderabad (SRH) teammate Kane Williamson moving over to another team in the Indian Premier League (IPL). Replying to a Twitter user who had asked Warner for "clarity" about Williamson changing IPL teams through "insider trading", Warner said: "First I have heard of this. Kane will not be going anywhere." Warner and Williamson played for SRH in IPL 2020 where the team finished third on the points table with 14 points and lost to Delhi Capitals in Qualifier 2.

First I have heard of this. Kane will not be going anywhere https://t.co/FokAQLJsmC

Warner on Wednesday was ruled out of the second Test against India after failing to recover in time from the groin injury he sustained last month.

He will now look to make a comeback in the New Year's Test in Sydney.

Warner and fellow New South Wales cricketer Sean Abbott had travelled to Melbourne on Saturday in order to avoid the COVID-19 restrictions arising out of the recent outbreak in Sydney.

However, Cricket Australia said in the two players have been excluded from Australia's bio-secure bubble in Melbourne.

"While neither player has been in a specific hotspot as outlined by NSW Health, Cricket Australia's bio-security protocols do not allow them to rejoin the squad in time for the Boxing Day Test," CA said in a release.

The second Test between India and Australia begins December 26 in Melbourne and the hosts go into the Test with a 1-0 lead, having won the preceding day-night Test in Adelaide by eight wickets.