Australia vs India: David Warner Ruled Out Of Boxing Day Test Against India

David Warner failed to shake off a groin injury ahead of the second Test against India at the Melbourne Cricket Ground. 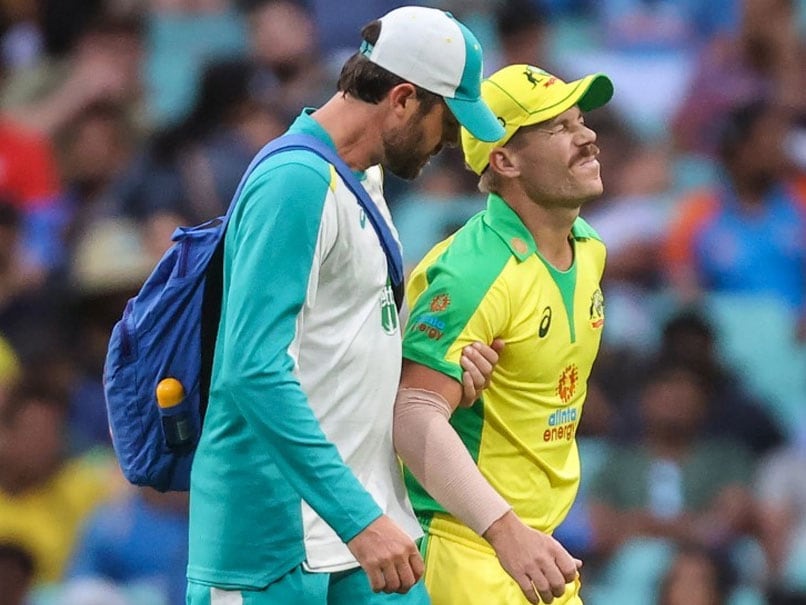 AUS vs IND: David Warner picked up the groin injury during the ODI series against India.© AFP

Star Australian batsman David Warner will miss the Boxing Day Test against India after failing to shake off the groin injury that kept him out of the opening fixture, Cricket Australia said Wednesday. The governing body said Warner and paceman Sean Abbott had also been excluded from the Australian team's bio-secure bubble in Melbourne as a precaution due to a Covid-19 outbreak in their hometown Sydney. "While neither player has been in a specific hotspot as outlined by NSW Health, Cricket Australia's bio-security protocols do not allow them to rejoin the squad in time for the Boxing Day Test," it said.

The second Test against India starts at the Melbourne Cricket Ground on December 26 and the teams have been training in bio-secure bubbles.

Warner and Abbott flew to Melbourne on Saturday hoping to avoid quarantine issues arising from the Sydney Covid-19 outbreak.

But the team's Covid-19 protocols prevented them from joining the squad in time for the Test, and Cricket Australia said Warner would not have recovered from in time anyway.

Warner limped out of Australia's second one-day international against the tourists last month in agony after suffering the injury.

Authorities in New South Wales state have been scrambling to contain a virus cluster that emerged in Sydney's northern beaches after a long period of no community transmission in Australia's largest city.

The cluster currently stands at just under 100, and the state government announced a second day of single-digit growth in cases Wednesday and eased lockdown restrictions for Christmas.

It remains unclear whether the outbreak will affect the third Test against India, which is due to begin in Sydney on January 7.

"I know Cricket Australia's doing everything in their power to have the Test match in Sydney but we'll know more in a couple of days," off-spinner Nathan Lyon told reporters Wednesday.

"Fingers crossed it's in Sydney, but more importantly hopefully everyone stays safe and can have a decent Christmas."

David Warner Sean Abbott Australia vs India, 2nd Test Cricket
Get the latest updates on IPL Auction 2023 and check out  IPL 2023 and Live Cricket Score. Like us on Facebook or follow us on Twitter for more sports updates. You can also download the NDTV Cricket app for Android or iOS.