Kane Williamson said he was happy with New Zealand's performance despite defeat in the third and final T20I of the series against Pakistan. 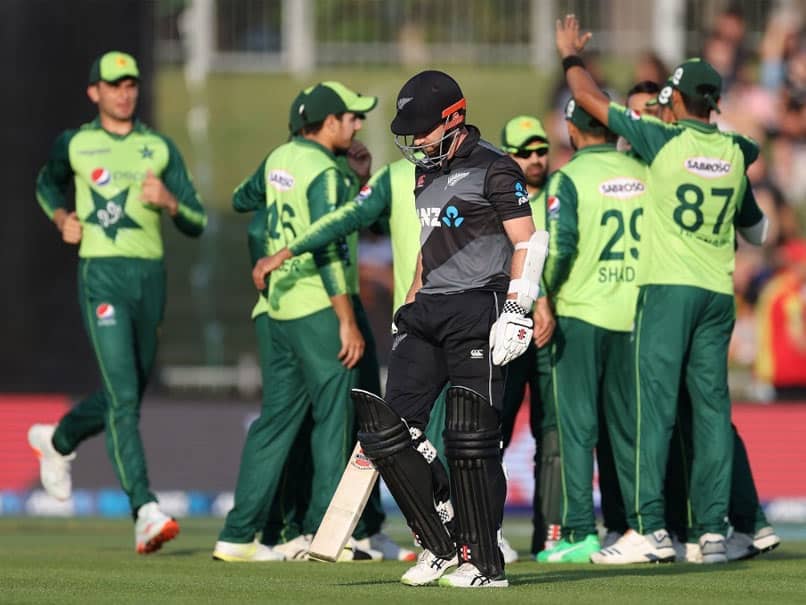 Kane Williamson praised Pakistan for their performance even as New Zealand won the series 2-1.© AFP

After suffering a four-wicket loss in the final T20I of the three-match series against Pakistan, New Zealand skipper Kane Williamson on Tuesday said that the visitors showed their class in chasing down the total of 174. Mohammad Rizwan's grit saw Pakistan register a four-wicket win over New Zealand in the third T20I at the McLean Park in Napier on Tuesday. Rizwan hit a sublime 89 off just 59 balls as the visitors avoided a whitewash. "Pakistan played really well tonight. I thought our first innings total was a very good one, and life is tougher in the second innings but they showed their class. You have to play really well to chase a total like that. They had good partnerships and it was tough to break it. They executed their plans really well but I guess I am pretty happy with the performance of our guys," said Williamson during the post-match presentation.

"It was tough to operate with the dew and one man down, but the boys tried their best. I don't know what the injuries are just yet, but I hope they recover quickly for they are class players. But the guys showed good attitude, they stuck through it. It has been a really good T20 campaign and I'd like to take the opportunity to thank the Pakistan team for coming to our shores," he added.

New Zealand had won the first two T20Is of the series, but the hosts came up short in their final T20I of 2020.

Earlier, after being asked to bat first, openers Tim Seifert and Martin Guptill gave New Zealand a flying start. The duo struck regular boundaries and formed a 40-run partnership before Haris Rauf, in the fifth over, handed Pakistan with the first breakthrough. Guptill scored 19 runs before being caught at mid-off by Shadab Khan.

In the end, the Kiwis finished with 173/7 in the allotted twenty overs as Devon Conway played a knock of 63 runs off just 45 balls.

New Zealand and Pakistan will now face off in the two-match Test series, beginning December 26. Williamson will be leading the Kiwis while Pakistan will be led by Mohammad Rizwan in the first Test as regular skipper Babar Azam is out injured.

Kane Williamson Cricket
Get the latest updates on India vs England Series, India vs England , live score and IPL 2021 Auction . Like us on Facebook or follow us on Twitter for more sports updates. You can also download the NDTV Cricket app for Android or iOS.