Atishi claimed that Gautam Gambhir is a registered voter in Delhi's Karol Bagh as well as Rajinder Nagar. 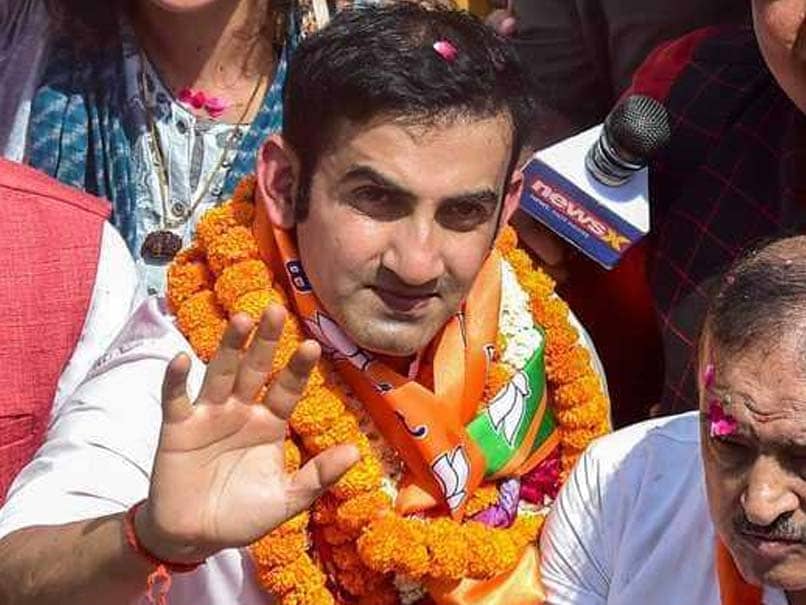 Gautam Gambhir had been a BJP supporter and had often sided with the party on Twitter.© PTI

A Delhi court has agreed to hear a complaint filed by Aam Aadmi Party's East Delhi candidate Atishi against BJP candidate Gautam Gambhir for allegedly enrolling in two constituencies. The court will hear the matter on May 1. The petition filed on Thursday also alleged that Mr Gambhir had provided false information in his nomination papers. Ms Atishi claimed that Gautam Gambhir is a registered voter in Delhi's Karol Bagh as well as Rajinder Nagar, both of which fall under the Central Delhi parliamentary seat.

"I have filed a criminal complaint against the BJP candidate from East Delhi Gautam Gambhir over his possession of two voter IDs in two separate constituencies of Delhi, Karol Bagh and Rajinder Nagar," she tweeted.

"Under Section 17, read with Section 31, false declaration in the matter of electoral rolls is punishable with jail time of up to one year," Ms Atishi said in a series of tweets, with the hashtag #GambhirApradh.

Gautam Gambhir, a retired cricketer, had been a BJP supporter and had often sided with the party on Twitter. He last month joined the party officially. He is taking on AAP's Atishi and Congress's Arvinder Singh Lovely in East Delhi.

The complaint comes a day after the Aam Aadmi Party (AAP) and the Congress raised objections on BJP's East Delhi candidate Gautam Gambhir's nomination papers over a technical discrepancy, seeking rejection of his nomination. An officer held a hearing and overruled the objection, saying there was substantial compliance in Mr Gambhir's papers.

Both Atishi and Mr Gambhir filed earlier this week their nominations papers for the elections on May 12.

East Delhi, along with six other seats in the capital, will vote on May 12. Results are expected on May 23.

Gautam Gambhir Cricket
Get the latest updates on IPL 2020, check out the IPL Schedule for 2020 and Indian Premier League (IPL) Cricket live score . Like us on Facebook or follow us on Twitter for more sports updates. You can also download the NDTV Cricket app for Android or iOS.