County Championships, Surrey vs Northamptonshire: Jamie Overton bowled a toe-crusher that had batter Saif Zaib limping as the bowler continued on with his celebrations. 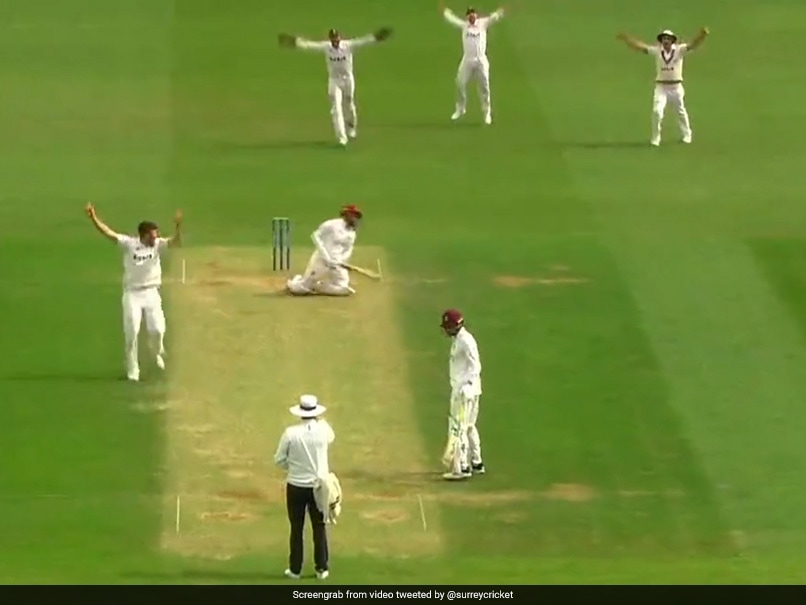 In the ongoing County Championships Division One match between Surrey and Northamptonshire being played at the The Oval, Jamie Overton bowled a lethal toe-crusher that had batter Saif Zaib limping as he went back to the pavilion while the bowler continued on with his celebrations. Overton bowled a superb yorker that brought Saif out of his comfort zone as he immediately fell down on his knees and was even seen limping as he made his way back. The full delivery swung quite a bit in the air but the batter played through the line to miss the yorker completely.

The official social media handles of Surrey Cricket shared the clip of the bowl with a caption that read, "Here's that delivery from Jamie Overton. Unplayable!."

Surrey clearly have the upper hand as they dismissed Northamptonshire for 194 in the first innings after posting a mammoth score of 401 themselves.

Overton accounted for Saif's wicket in the first innings as well, getting the batter for 2 runs caught by keeper Ben Foakes.

Northamptonshire were struggling at 126/7 after being made to follow on and were 81 runs short of Surrey's total at the time of writing.