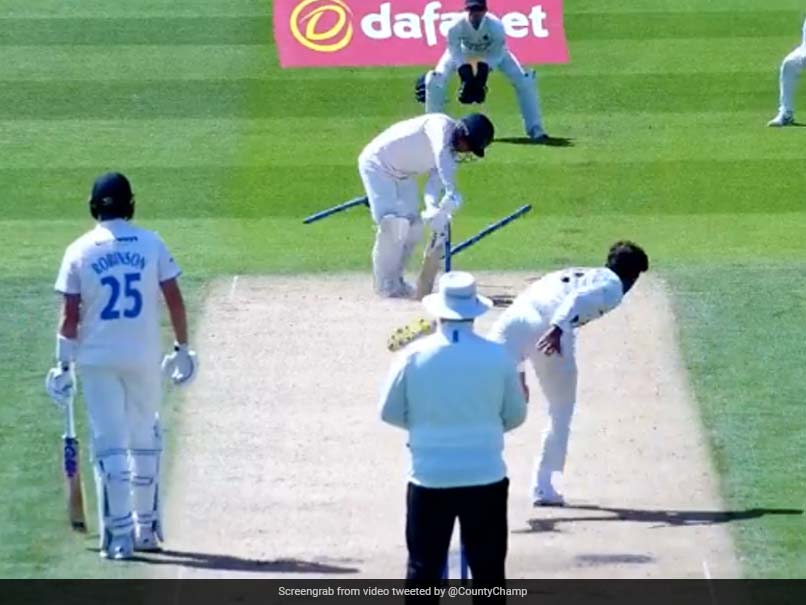 Pakistan international Shaheen Shah Afridi's wicket of Aaron Beard in the ongoing County Championship match against Sussex was a treat to watch. The fast bowler uprooted two stumps of Sussex batter Beard with an almost unplayable yorker, something which the bowler enjoyed to the core as he burst into his trademark celebration. The official handle of the County Championship posted the clip on Instagram that showcased how accurate the yorker was as it sent the stumps flying in the air. The caption read, "What a delivery from @ishaheenafridi10."

Here's a look at the video:

Afridi seems to be getting better and better with each and every outing in County cricket in England.

After his incredible duels with Marnus Labuschagne earlier in the competition, Shaheen continued his good form with the ball to take three wickets in the first innings at The 1st Central County Ground in Hove on Thursday.

His first wicket was also a gem of a delivery which helped him get the wicket of Tom Haines with a beautiful out-swinger for 17 runs.

The official handle of the Middlesex team had termed it as an "absolute beauty" while sharing the video.