New Zealand Cricket chief executive said trips to the Caribbean scheduled for June-July were "most unlikely", while there were "obvious question marks" about touring Bangladesh in August. 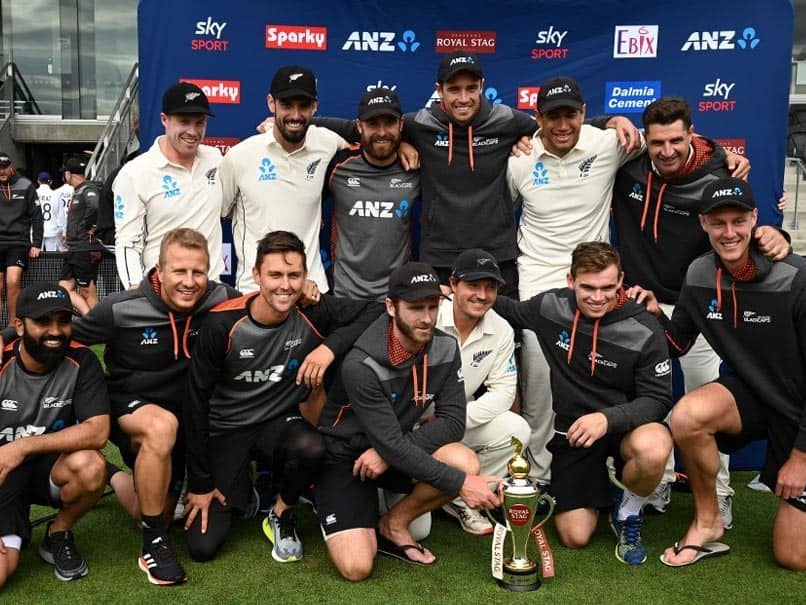 NZC conceded upcoming tours to Europe and the West Indies were unlikely to proceed.© AFP

New Zealand Cricket conceded upcoming tours to Europe and the West Indies were unlikely to proceed Friday, with doubts also hanging over a planned visit to Bangladesh. NZC chief executive David White said the trips to Ireland, Scotland, the Netherlands and the Caribbean scheduled for June-July were "most unlikely", while there were "obvious question marks" about touring Bangladesh in August. "Clearly, this situation is extremely disappointing for everyone involved in sport but, given the bigger picture, and the terrible toll COVID-19 is taking worldwide, we need to look after not only our own people but the greater community good," White said.

He confirmed this month's tour to Sri Lanka by the White Ferns women's team had been cancelled.

All cricket has been stopped as New Zealand undergoes a four-week COVID-19 lockdown and White said NZC was examining possible playing scenarios for next season.

"Our current focus is very much on ensuring the future sustainability of cricket in New Zealand," White said.

New Zealand cricket team had to abandon their tour of Australia in March after Wellington tightened border restrictions to combat the spread of coronavirus.

The Blacks Caps lost the opening game of the three-match series by 71 runs and were due to play the second in Sydney but had to fly home immediately after New Zealand Prime Minister Jacinda Ardern announced everyone entering the country from midnight March 15 would have to self-isolate for 14 days.

The series in Australia was already being played without fans to curb the spread of coronavirus, which has forced a swathe of sporting events behind closed doors.

New Zealand Women Cricket
Get the latest updates on IPL 2021, IPL Points Table , IPL Schedule 2021 , live score . Like us on Facebook or follow us on Twitter for more sports updates. You can also download the NDTV Cricket app for Android or iOS.