New Zealand cricket team will fly home immediately after the country's Prime Minister announced everyone entering the country from midnight Sunday would have to self-isolate for 14 days. 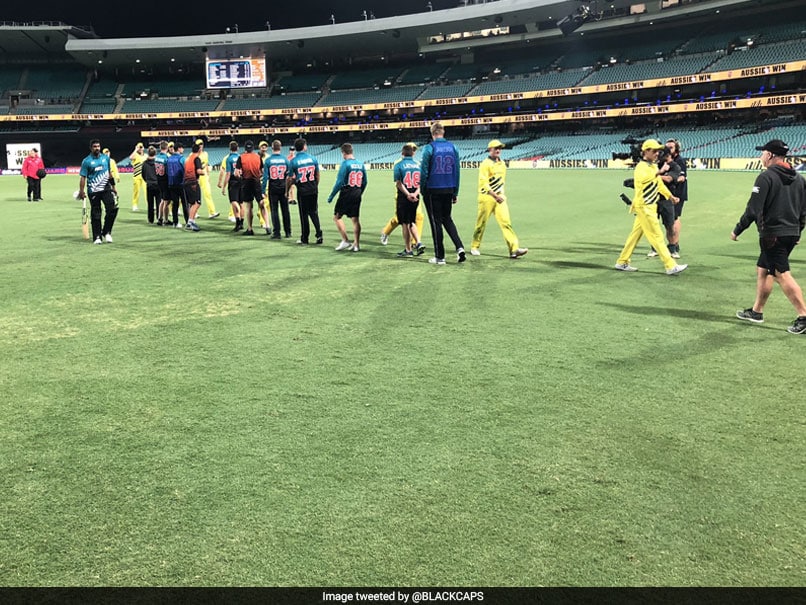 New Zealand abandoned their tour of Australia on Saturday after Wellington tightened border restrictions to combat the spread of coronavirus. The Blacks Caps lost the opening game of the three-match series by 71 runs and were due to play the second in Sydney on Sunday. But they will fly home immediately after New Zealand Prime Minister Jacinda Ardern announced everyone entering the country from midnight Sunday would have to self-isolate for 14 days. "In response to the New Zealand government's latest travel restrictions, Cricket Australia has been advised the New Zealand team will be returning home immediately," Cricket Australia said.

The two remaining matches, along with three upcoming Twenty20 clashes between the two countries in New Zealand, were postponed.

"Cricket Australia and New Zealand Cricket will work together to identify a future opportunity to play both series," it added.

Ardern said the self-quarantine order would be reviewed after 16 days.

New Zealand so far only has six confirmed cases of the virus and has recorded no fatalities.

The series in Australia was already being played without fans to curb the spread of coronavirus, which has forced a swathe of sporting events behind closed doors.

After the opening match on Friday, New Zealand fast bowler Lockie Ferguson was tested for the virus and placed in isolation after complaining of a sore throat.

The scare followed Australian paceman Kane Richardson being isolated and tested for COVID-19 after suffering a sore throat on Thursday. He missed the opening ODI, but was cleared of the virus late Friday.