After Yuvraj Singh started his new innings with Hazel, Gautam Gambhir took over the mantle from Twitter king Virender Sehwag, who was surprisingly restrained on the social micro-blogging site, to bring the house down. 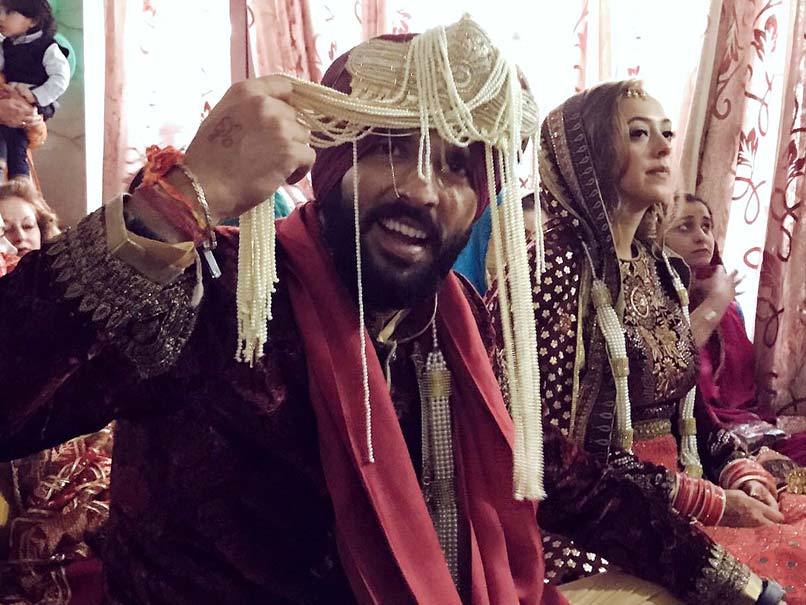 Yuvi and actress-model Hazel Keech got married at a Gurudwara near Chandigarh on Wednesday. Their pre-wedding ceremonies included a sangeet and mehendi in typical Punjabi-style and were held on Tuesday. The Indian cricket team members also attended the ceremony.

After the Punjab batsman started his new innings with Hazel, Gambhir took over the mantle from Twitter king Virender Sehwag, who was surprisingly restrained on the social micro-blogging site, to bring the house down.

Commenting on Yuvi's attire during the sangeet ceremony, the Delhi batsman had this to say:

As n opener I hav d formula 2 handle bouncers on&off d field. Will giv u some tips @YUVSTRONG12 wen we meet. Till den u hav my best wishes.

The 34-year-old cricketer's wedding was only attended by close friends and family. But Gambhir, Sehwag and other Indian cricketers are expected to attend Yuvi's sangeet and reception on December 5 and December 7 respectively in New Delhi.

Comments
Topics mentioned in this article
Yuvraj Singh Gautam Gambhir India Cricket Team Cricket
Get the latest updates on ICC Women's Cricket World Cup 2022 and IPL 2022, check out the Schedule , Live Score and IPL Points Table. Like us on Facebook or follow us on Twitter for more sports updates. You can also download the NDTV Cricket app for Android or iOS.