"At Least That Bounced:" Brendon McCullum's Savage Response To Brett Lee's Apology For A Bouncer That Made Him Bleed

Brendon McCullum's response to Brett Lee after receiving an apology for a fierce bouncer that had left him bleeding in a 2011 Big Bash League fixture resulted in some great banter. 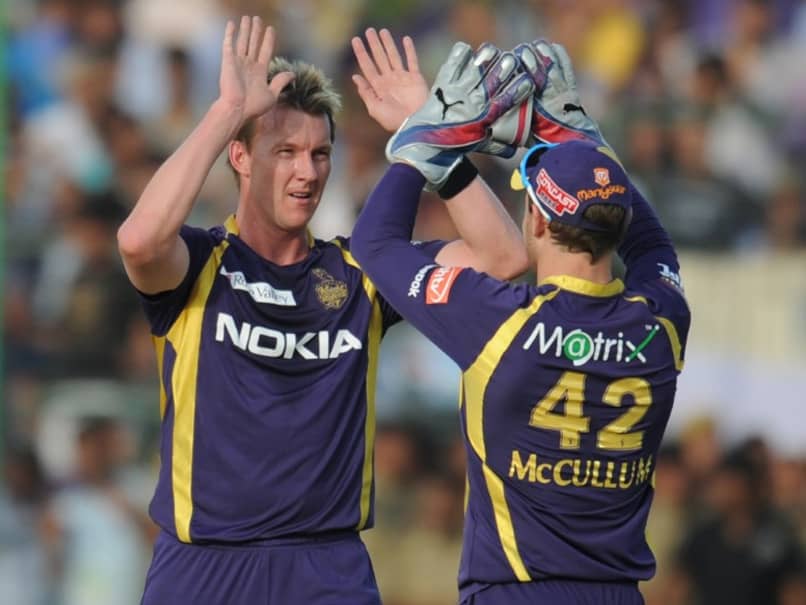 Brett Lee and Brendon McCullum were part of the Kolkata Knight Riders.© AFP

Brendon McCullum's supreme self-confidence, even when off the field, was on full show as a response to one of former Australia pacer Brett Lee's comments resulted in some great banter. A video posted by Cricket Australia's official Twitter account captured a fierce bouncer from the Australian pacer during one of the games in Big Bash League (BBL) 1, which McCullum attempted to smash wildly. But the ball hit McCullum on the nose. Even with blood pouring out, the New Zealand cricketer looked calm as ever, as Lee and other players came running to provide assistance. Lee wrote an apology in the comments section and tagged McCullum. "Sorry Baz @Bazmccullum," he said. The New Zealand cricketer had the perfect response in store to this apology. "No probs brother. At least that one bounced," reacted McCullum, providing some great banter.

No probs brother. At least that one bounced

Lee ended the conversation at this stage with an amicable response. "True," he concluded.

The Australian pacer was representing Sydney Sixers in the BBL fixture and McCullum played for Brisbane Heat.

Here is the video of the fiery bouncer:

We kick off our @BBL #20in2020 countdown with a fierce bouncer from @BrettLee_58 to @Bazmccullum!

The New Zealand batsman retired hurt at that stage but returned to the field later. However, he could not make much of an impact as he was dismissed for five runs.

Former New Zealand captain McCullum was hailed for being fearless with his shots during his days as a professional cricketer. He is remembered for scooping a delivery from Australia speedster Shaun Tait, who often bowled well in excess of 90mph, over the wicket-keeper's head for sixes.

McCullum retired from international cricket in 2015.