With an innings and 176-run victory over Pakistan in the second Test, New Zealand toppled Australia to become the number one side in Test rankings. 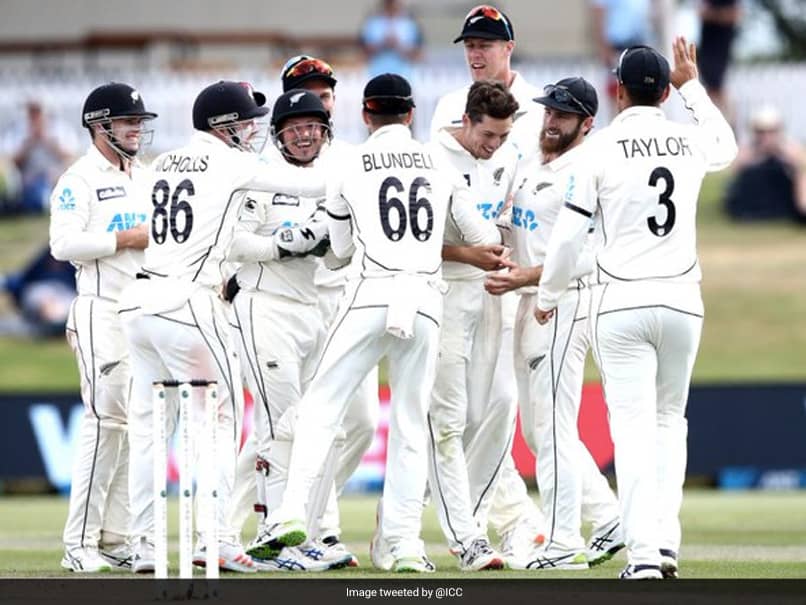 New Zealand coach Gary Stead said becoming the number one side in Tests is a ''special thing'' and added that it is all about playing consistent cricket. With an innings and 176-run victory over Pakistan in the second Test, New Zealand toppled Australia to become the number one side in Test rankings. The Kane Williamson-led side clean-swept Pakistan in the two-match Test series. They have also gained crucial points to strengthen their position in the ICC World Test Championship standings.

New Zealand with 118 points is leading the charts. They have achieved the feat for the first time in rankings history. Australia with 116 points stands at second spot followed by India (114), England (106) and South Africa (96).

"I think what has happened, that sort of No.1 world ranking at the moment, is a pretty special thing. There's a lot of people and a lot of, I guess, expertise. The guys yesterday paid tribute to those people who came before to get them to this stage," ESPNcricinfo quoted Stead as saying.

"I'm very, very proud in the way they continue to look to get better and we won't always be No. 1 because rankings change, and when you start a game, rankings mean nothing. So, it's still about playing good consistent cricket. That's the most encouraging and pleasing thing that we are managing to do that on a daily basis," he added.

When asked how New Zealand dealt with the talk of being home-track bullies -- they are unbeaten in their last 17 Tests at home stretching back to 2017 -- Stead played it down and pointed out that New Zealand has had overseas success in Sri Lanka, where they drew the series 1-1 in 2019 and the UAE, where they toppled Pakistan 2-1 in 2018.

"It's the same [ranking] method they use for everyone," Stead said.

"Every place you go, it's very hard to win away from home. That's something we've talked about as a team is ensuring that all Test wins are special but especially ones you win away from home. Yes, we weren't at our best last year versus Australia. But I can remember a few other Test wins that we have done really well, in UAE and Sri Lanka, and they are just as special as the home ones as well."

Kane Williamson Cricket
Get the latest updates on India vs England Series, India vs England , live score and IPL 2021 Auction . Like us on Facebook or follow us on Twitter for more sports updates. You can also download the NDTV Cricket app for Android or iOS.