Ian Bishop said Kyle Jamieson has been a "great addition" to cricket in his first year of playing for New Zealand after the pacer took his first 10-wicket haul. 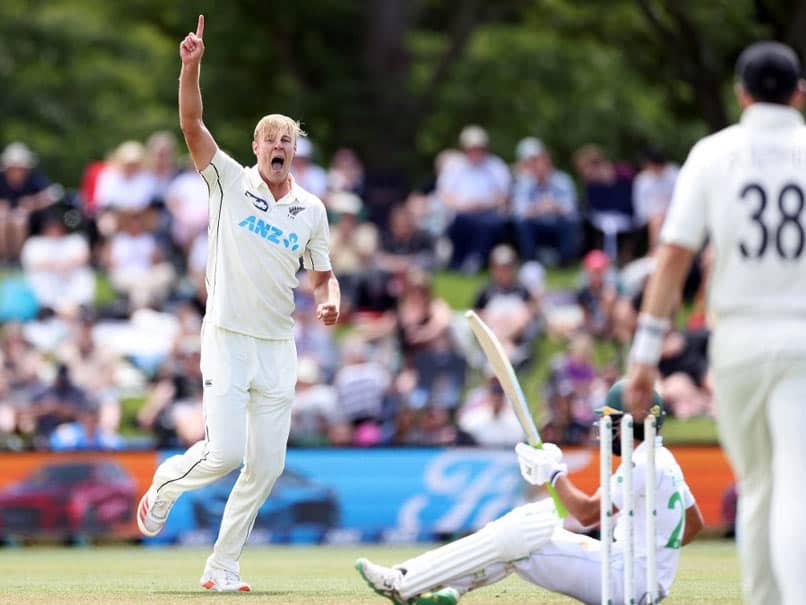 Kyle Jamieson tore through the Pakistan batting line-up to help set up victory for New Zealand in the second Test, and former West Indies cricketer Ian Bishop was impressed with the pacer's skillset. Jamieson has not even completed a year in international cricket, but the bowler's meteoric rise continues in the longest format as he picked up a six-wicket haul in the second innings against Pakistan on Wednesday. Bishop praised Jamieson and said the bowler has been a great addition to the game in his first year of international cricket.

"Kyle Jamieson has been a great addition to the world game in his first year of international cricket. Amazing skillset and a big heart," Bishop tweeted.

New Zealand declared their first innings after gaining a lead of 362 runs, and then made light work of Pakistan batsmen in the second innings taking 81.4 overs to bundle out the visitors for a comprehensive win.

With this victory, New Zealand have become the number one ranked Test team in the world. New Zealand's third successive 2-0 win in a home series has helped them stay in contention for a place in the final of the ICC World Test Championship. The championship is interestingly poised with the finalists yet to be decided.

New Zealand gained the maximum of 120 points from the series against Pakistan after their win, taking their points tally to 420 out of a possible 600 after having also beaten West Indies and India by the same margin in their two previous series.

New Zealand stands third in the points table with 0.700 percentage points won, the factor that determines the final placings rather than total points won, following a change to the points system owing to the Covid-19 disruption.

Pakistan Cricket Team Kyle Jamieson Ian Raphael Bishop Cricket
Get the latest updates on IPL 2021, IPL Points Table , IPL Schedule 2021 , live score . Like us on Facebook or follow us on Twitter for more sports updates. You can also download the NDTV Cricket app for Android or iOS.