Saqlain Mushtaq said fans of MS Dhoni would have wanted to see him play in the Indian jersey one last time. 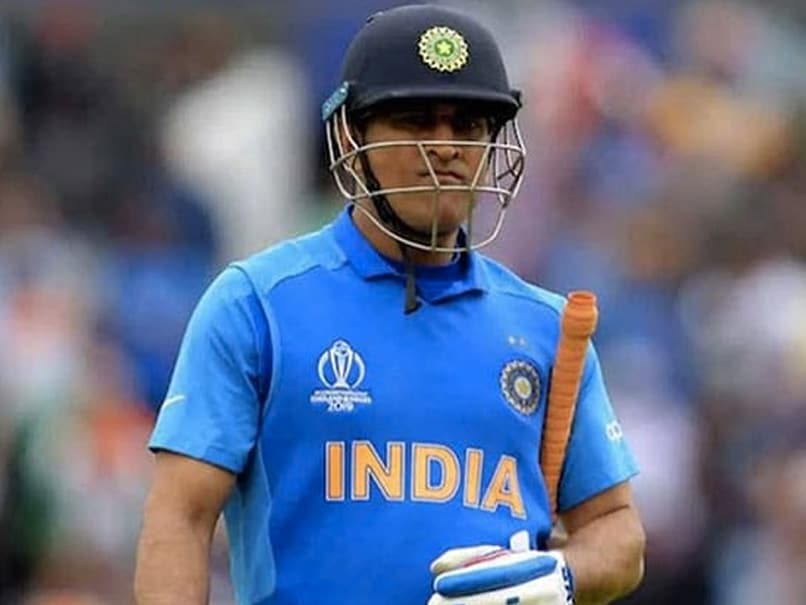 Former Pakistan spinner Saqlain Mushtaq said that the Board of Cricket Control in India (BCCI) did not treat ex-India captain MS Dhoni "the right way" as he retired without playing a farewell game for the country. Claiming that every cricketer dreams of leaving on a high, Saqlain said that fans of MS Dhoni would have wanted to see him take the field in the India jersey one last time. MS Dhoni announced his retirement from international cricket on August 15 through an Instagram post. His last game for India was the World Cup semi-final defeat to New Zealand in 2019.

"I think everyone who loves MS Dhoni will have one complaint. If he wore India's kit, with gloves on and holding the bat, and taken the gloves off, and his cap off with respect one last time, then it would have been great," Saqlain Mushtaq said on his YouTube channel.

"I usually don't say anything negative on my show, and if I feel like it, I try and stop myself, but my heart says that I should say this," he said.

"It is BCCI's loss that they did not treat such a big player the right way," he said.

"This is not how he should have retired. I can say with surety that crores of his fans and cricket lovers would also agree that BCCI did not treat him right," the former spinner claimed.

"I'm really sorry to BCCI for saying this, but I am also hurt. Such a big player and he is retiring like this," Saqlain said.

"I think every cricketer has a dream to exit on a high, and I am sure MS Dhoni too would have had the same dream," he said, before wishing the wicketkeeper-batsman well in his future endeavours.

MS Dhoni you are a gem of a person and real hero, proud of you," he signed off.

Dhoni will next be seen leading the Chennai Super Kings when the 13th edition of the Indian Premier League (IPL) gets underway on September 19 in the United Arab Emirates.

MS Dhoni Saqlain Mushtaq BCCI Cricket
Get the latest updates on Fifa Worldcup 2022 and check out  Fifa World Cup Schedule, Stats and Live Cricket Score. Like us on Facebook or follow us on Twitter for more sports updates. You can also download the NDTV Cricket app for Android or iOS.