MS Dhoni and Suresh Raina are both gearing up for IPL 2020 in right earnest after retiring from international cricket. 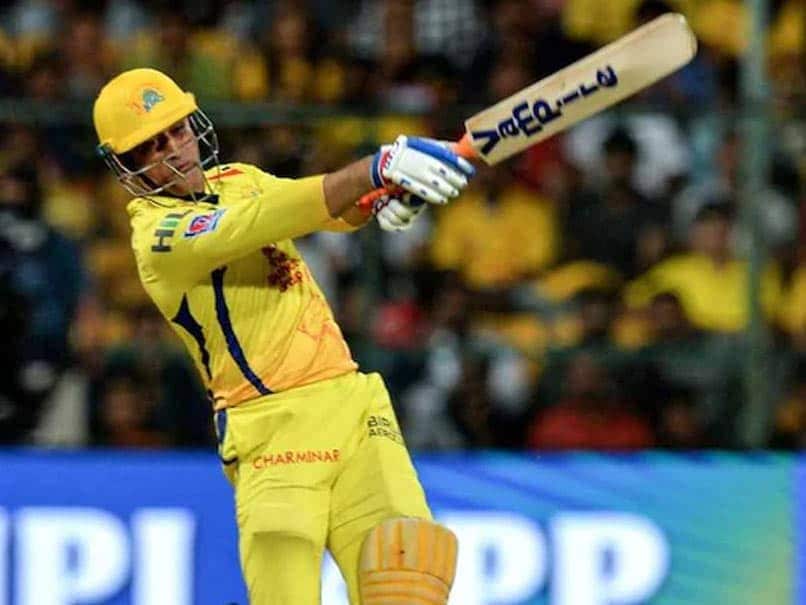 MS Dhoni looked in great touch during CSK's training camp as he cleared the ropes at will.© BCCI/IPL

Chennai Super Kings (CSK) players, along with their charismatic leader MS Dhoni, left their team hotel in Chennai on Fridayafter taking part in a short training camp to board their flight to the United Arab Emirates (UAE). The Chennai-based franchise shared with their fans a glimpse of their favourite players giving their all on the training field ahead of Indian Premier League(IPL). While the video featured some of CSK's most notable players like Suresh Raina, Deepak Chahar and Piyush Chawla, it was their skipper Dhoni who stole the limelight with his power-hitting. To the delight of all CSK and fans, the former wicketkeeper-batsman looked in great touch as he cleared the ropes at will. Sharing the video, CSK tweeted that the absence of their fans during the camp was a hugely felt.

"The super camp sorely missed the super fans, thanks to COVID. But we managed to end it with a loud whistle! #WhistlePodu #Yellove," CSK tweeted.

The super camp sorely missed the super fans, thanks to COVID. But we managed to end it with a loud whistle! #WhistlePodu #Yellove pic.twitter.com/z8NoMk7h6p

Dhoni hitting huge sixes was not only a delight to all CSK fans but also Suresh Raina who was hugely impressed. Raina was so impressed by a Dhoni six that he hit, dancing down the track, that he celebrated it like a true fan by whistling.

Earlier in the day, CSK shared pictures of their star players, including Dhoni, Raina and all-rounder Ravindra Jadeja as they prepared to leave for the UAE.

As per a PTI report, veteran off-spinner Harbhajan Singh will not be travelling with the rest of the CSK squad on Fridaydue to some personal reasons. He is expected to join his CSK teammates in next two weeks' time.

Former Australia all-rounder Shane Watson has already reached the UAE and has even started his seven-day quarantinein the hotel.

CSK, who lost to Mumbai Indians in the final last year, will begin their campaign against the same opposition on September 19 and would look to avenge their defeat and eventually go all the way and equal Mumbai's record of four IPL title wins.

Suresh Raina IPL 2020 Cricket
Get the latest updates on IPL Auction 2023 and check out  IPL 2023 and Live Cricket Score. Like us on Facebook or follow us on Twitter for more sports updates. You can also download the NDTV Cricket app for Android or iOS.