Watch: Bizarre Scenes In BBL As Umpire Gives Batter Out, Then Changes Decision After His Suggestion

BBL: Xavier Crone almost got his debut wicket during Melbourne Stars' ongoing match vs Perth Scorchers but saw it overturned by the umpire in bizarre circumstances. 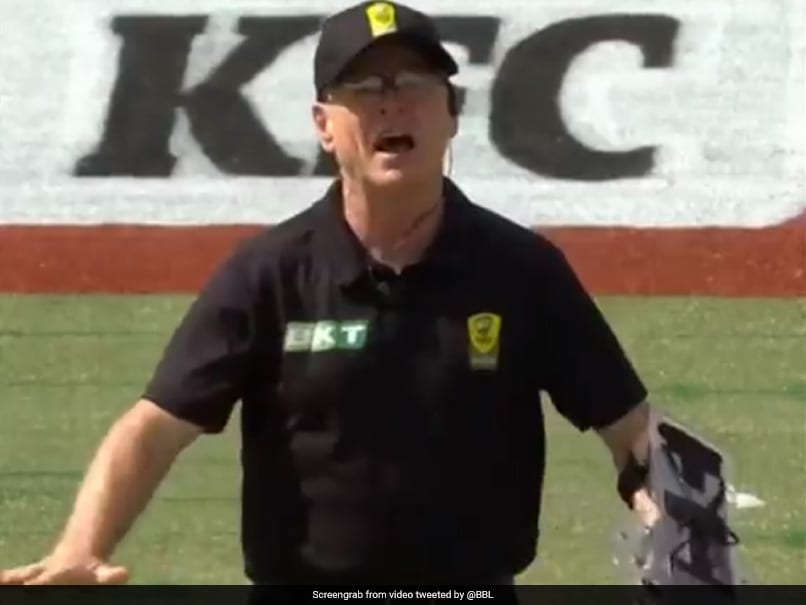 Called up as bowling cover for Melbourne Stars, Xavier Crone almost had his first Big Bash League (BBL) wicket on debut but it lasted for only three seconds before umpire Bruce Oxenford changed his mind. In the 14th over, Perth Scorchers' Ashton Turner tried to pull a delivery by Crone and it looked like he edged it to wicketkeeper Joe Clarke for an easy catch. The umpire initially gave him out but changed his decision after the batter stated that it had hit his helmet. The BBL took to Twitter to share the bizarre moment with fans and received mixed reactions.

Xavier Crone had his first BBL wicket on debut - for all of three seconds! @KFCAustralia | #BBL11 pic.twitter.com/LDz2frhXOV

One fan stated, "I don't understand why we need him, if he is gonna ask players every time , have you hit with bat, have you touched the ball. Ohh man. This umpire really trust words of people."

"Good umpiring. Knew he'd jumped the gun and was professional enough to not stick with a decision he knew was wrong. Having snicko would be make it interesting thought", the user wrote.

A fine half-century by Kurtis Patterson helped Perth set a target of 181 runs for Melbourne after finishing their innings at 180 for eight in 20 overs.

Melbourne will be aiming for stability during the chase and hopefully win the game with a new-look squad.

Both sides are facing each other in a match affected by a rise in COVID-19 cases in Melbourne's camp.

Melbourne are without 10 players and eight support staff, all of whom have tested positive for the virus.

Meanwhile, Perth are without Nick Hobson, who tested positive on Saturday.

Perth Scorchers Ashton Turner Cricket Social
Get the latest updates on ICC Women's Cricket World Cup 2022 and IPL 2022, check out the Schedule , Live Score and IPL Points Table. Like us on Facebook or follow us on Twitter for more sports updates. You can also download the NDTV Cricket app for Android or iOS.