Bangladesh vs Pakistan, 1st Test: Pacer Taijul Islam jolted the Pakistan batting line-up with a seven-wicket haul that helped Bangladesh take a crucial lead of 44 runs in the first innings. 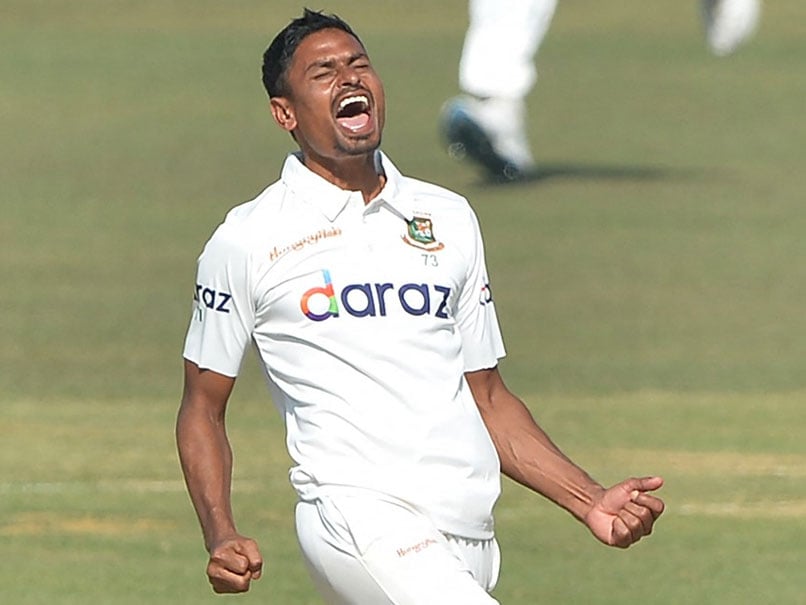 Bangladesh pacer Taijul Islam produced a herculean effort with the ball as he claimed seven wickets giving away 116 runs to rock a strong Pakistan batting line-up in the first innings of the first Test at the Zahur Ahmed Chowdhury Stadium in Chattogram. With this mighty effort, Taijul recorded the fifth-best figure for Bangladesh in a Test inning. He equaled the efforts of Shakib Al Hasan, Mehidy Hasan Miraz, Enamul Haque Jnr who had all claimed seven wickets in an innings earlier. Not surprisingly, Taijul tops the same list having taken eight wickets in an innings for Bangladesh in Tests.

The pacer was in similar form, if not better, vs Pakistan as he went through the defenses of players like Abid Ali, Abdullah Shafique, Azhar Ali, Fawad Alam, Faheem Ashraf, Hasan Ali and Nauman Ali.

Taijul's work with the ball did help Bangladesh take a crucial 44-run lead but it was undone quickly by the Pakistan bowlers who struck early blows. The home team lost four wickets for only 39 runs on the board in 19 overs at stumps on Day 3 in the second innings.

Shaheen Shah Afridi took three wickets while Hasan Ali got into the wickets column yet again, claiming one wicket so far.

Shaheen Afridi Taijul Islam Cricket
Get the latest updates on SA vs IND 2021-22, check out the Schedule and Live Score . Like us on Facebook or follow us on Twitter for more sports updates. You can also download the NDTV Cricket app for Android or iOS.