Rishabh Pant posted a few pictures on Instagram, calling himself "the most well-behaved boy in class". However, Axar Patel and Ishant Sharma's reaction to the same sent fans into a tizzy 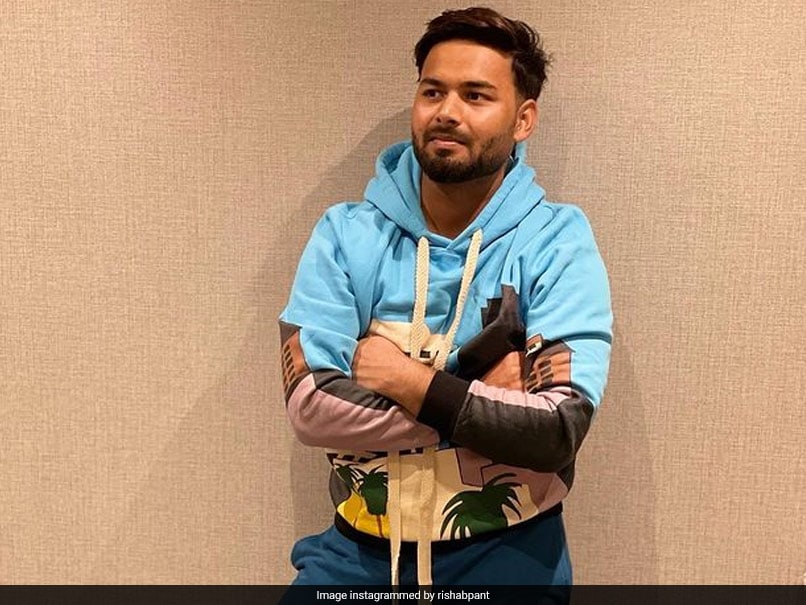 India wicketkeeper-batsman Rishabh Pant, who is in the United Kingdom for the ongoing Test series against England, took to Instagram to share a few pictures, calling himself "the most well-behaved boy in class". "Class ka sabse shareef ladka (The most well-behaved guy in the class)," Pant captioned the post in Hindi. While fans were impressed with Pant's dressing style, who wore a sweatshirt along with shorts, it was the friendly tiff between two of his Delhi Capitals teammates Axar Patel and Ishant Sharma that opened the doors for a laugh riot.

Reacting to Pant's post, Axar Patel wrote "wo hai jo photo le raha tha" which translates to 'the one who clicked the pictures, is the well-mannered one.' 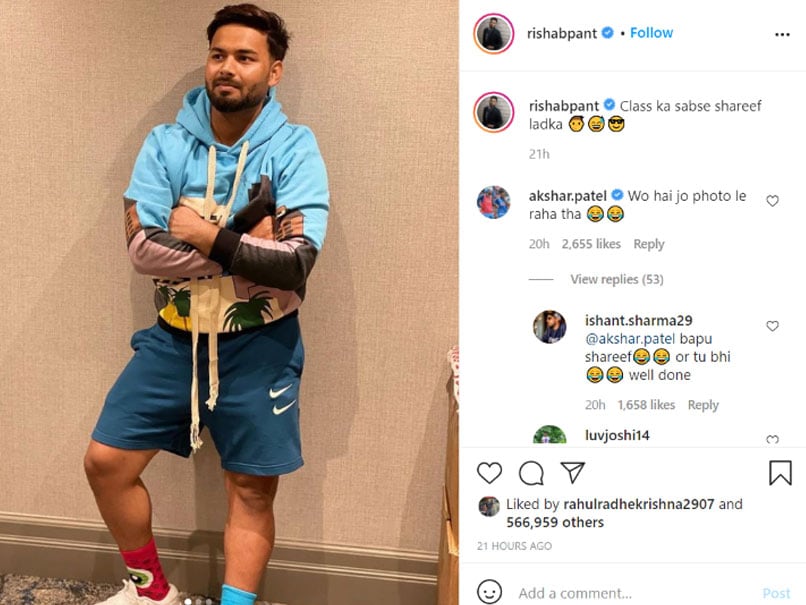 The trio along with the rest of Indian squad arrived in Leeds and sweated it out on the ground at Headingley on Sunday as they geared up for the third Test.

Ahead of the contest, England suffered another injury blow as their pacer Mark Wood was ruled out of the match due to a shoulder injury.

Wood picked up the injury while diving near the boundary ropes to save a boundary in the second Test at Lord's. The hosts were already on the backfoot in the pace department as Stuart Broad, who suffered a calf injury, was ruled out of the ongoing series.

Axar Patel Cricket England vs India, 2021
Get the latest updates on ICC T20 Worldcup 2022 and CWG 2022 check out the Schedule, Live Score and Medals Tally. Like us on Facebook or follow us on Twitter for more sports updates. You can also download the NDTV Cricket app for Android or iOS.