With Harmanpreet Kaur ruled out of the second ODI, India women's cricket team badly needs Shafali Verma and Smriti Mandhana to fire to put pressure on Australia women after receiving a nine-wicket hammering in the opening match of the three-game series. 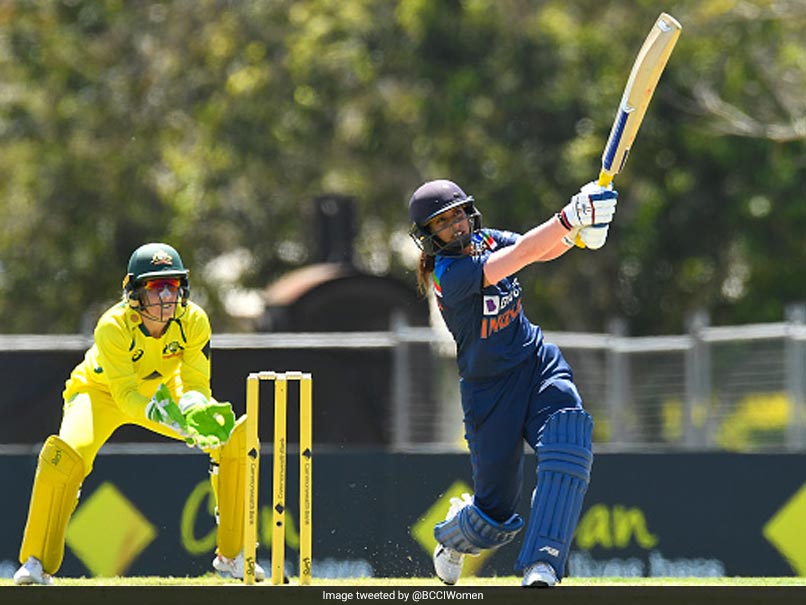 Mithali Raj was the top-scorer for India women in the first ODI vs Australia women.© Twitter

Outplayed in every aspect of the game so far, the Indian women's cricket team desperately needs its top order to strike form and its bowlers to show some spark against an in-form Australia in the second ODI on Friday. India badly needs Shafali Verma and Smriti Mandhana to fire to put pressure on Australia after receiving a nine-wicket hammering in the opening match of the three-game series. Both the openers have the firepower to take on the rival attack and they need to ensure that Ellyse Perry and Darcie Brown do not dominate them the way did in the series-opener.

The pace duo set the tone for the hosts in the warm-up game in Brisbane as well as in the first ODI here on Monday by cleaning up the Indian top-order as Australia recorded their 25th straight triumph in the format, a world-record winning streak.

Once the aggressive Shafali and Smriti are back in the hut without contributing much, the Indian team is left to do the damage control instead of pushing the accelerator button.

One of these openers needs to bat deep and the middle order, led by skipper Mithali Raj, also has to show more intent in scoring runs at a decent pace.

Flamboyant vice captain Harmanpreet Kaur, who missed the opening game due to a thumb injury, is still unavailable and in her absence the team needs Deepti Sharma to do more.

The team's batting coach Shiv Sunder Das confirmed that Harmanpreet has not yet recovered.

"Right now she (Harmanpreet) is not fit. She's not available for the next game, that's the current status," the coach said at the pre-match press conference.

The 21-year southpaw Yastika Bhatia gave a good account of herself on debut in the previous game.

The confidence of scoring 35 runs against a world-class attack would help her continue in the same vein.

The team, since landing in Australia, has not crossed the 250-run mark and any score less than that is not good enough to trouble the hosts. The Australian top-order is packed with proven performers like Rachael Haynes, Alyssa Healy and captain Meg Lanning.

Haynes has scores of 65 (warm up game) and 93 not out so far while Healy (77 in first ODI) too has a half-century to her name. Haynes, though, was rendered doubtful for the game after taking a blow on her right elbow during a training session.

The Indian bowlers, led by veteran Jhulan Goswami, need to make early inroads as merely containing the batters won't do the job.

If the Indian team fails to win Friday's game, it would lose its third straight series, having suffered defeats against South Africa and England.

Australia Women Harmanpreet Kaur Mithali Raj Ellyse Perry Cricket
Get the latest updates on IPL 2021, check out the IPL 2021 Schedule and Indian Premier League Live Score . Like us on Facebook or follow us on Twitter for more sports updates. You can also download the NDTV Cricket app for Android or iOS.