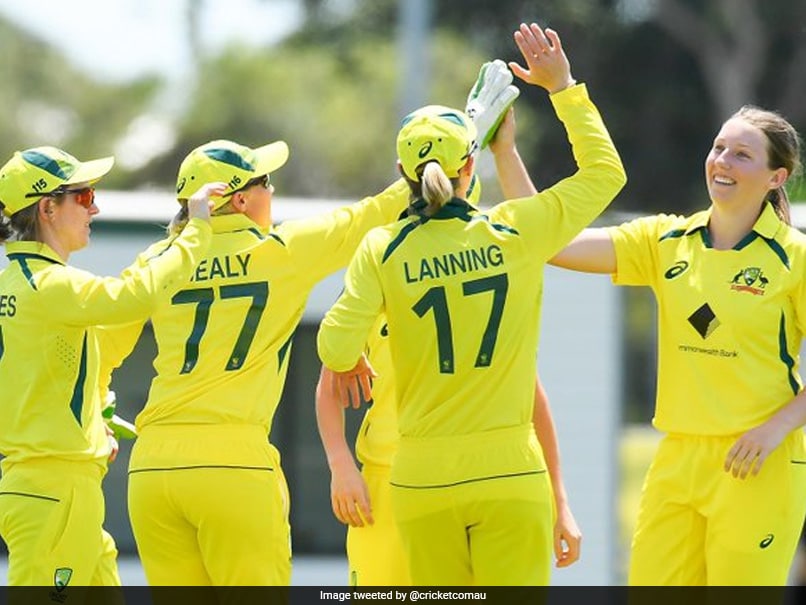 India's frailties in the batting and bowling department were laid bare as the mighty Australia gave the visitors a nine-wicket hiding in the first women's ODI to extend their record winning streak to 25 matches. India, who are aiming to post 250 plus regularly to challenge the likes of Australia, could only manage 225 for eight in an innings that never got the momentum it needed.

Skipper Mithali Raj (61 off 107) recorded her fifth consecutive fifty, which was also her 59th overall, while the other contributions came from debutants Yastika Bhatia (35 off 51), Richa Ghosh (32 not out off 29) and veteran pacer Jhulan Goswami (20 off 24).

Australia chased down the target in 41 overs as India bowling lacked the teeth to trouble them.

After a sedate start of 30 runs in eight overs, Australian openers Alyssa Healy (77 off 77) and Rachael Haynes (93 not out off 100) changed gears to run away with the game.

Healy was the aggressor in their 126-run stand with her dominating knock comprising eight fours and couple of sixes.

She was eventually caught at mid off trying to hit another one out of the ground off leggie Poonam Yadav.

Haynes and skipper Meg Lanning (53 not out off 69) then shared a 101-run stand and took Australia home for a resounding win.

India, who fielded three debutants in the game including Ghosh, Yastika and pacer Mansi Singh, have a lot of thinking and planning to do for the second ODI of the three-match series.

The decision to pack the eleven with three all-rounders in Sneh Rana, Deepti Sharma and Pooja Vastrakar, leaving out a specialist left-arm spinner, did not work for India.

Megha impressed with her ability to swing the ball while Jhulan bowled a tidy spell as usual but India were never able to put Australia under pressure.

On the batting front, the visitors would not have crossed the 220-run mark if it wasn't for the eight-wicket stand of 45 runs between Jhulan and Ghosh, who was picked ahead of Taniya Bhatia to add the much needed firepower.

India openers Shafali Verma (8) and Smriti Mandhana (16), whom the team relies on heavily for brisk starts, perished after hitting a few boundaries. They need to be consistent going forward.

The bowlers have identified the apparent weakness in Shafali's game and don't offer front-foot balls.

The 17-year-old perished off a short ball again with wicketkeeper collecting the catch on the leg side off pacer Darcie Brown. Brown (4/33) was the stand out bowler for Australia while debutant Hannah Darlington (2/29) and Sophie Molineux (2/39) took a couple each.

Mithali was hit on the helmet by a Ellyse Perry bouncer but she carried on to bat. Senior India batter Harmanpreet Kaur did not play the game due to a thumb injury.

India Women Mithali Raj Cricket
Get the latest updates on ICC T20 Worldcup 2022 and CWG 2022 check out the Schedule, Live Score and Medals Tally. Like us on Facebook or follow us on Twitter for more sports updates. You can also download the NDTV Cricket app for Android or iOS.