Arjun Tendulkar Out For A Duck In Debut Under-19 Match

Arjun Tendulkar is part of the India Under-19 team playing a series in Sri Lanka. 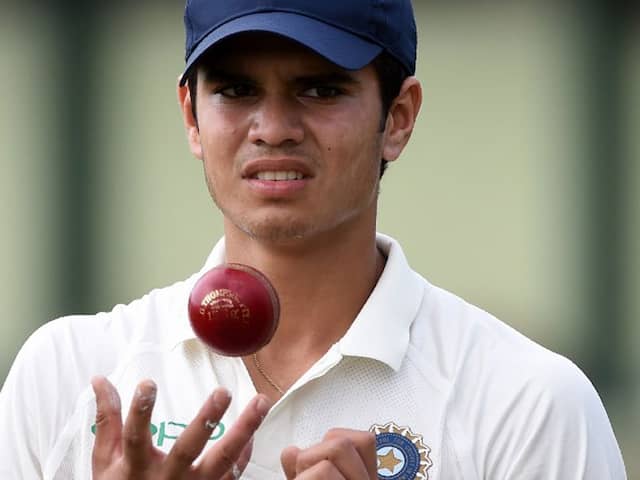 Tendulkar Jr had hogged the limelight after he claimed his first international wicket on Tuesday.© AFP

Arjun Tendulkar, son of India batting icon Sachin Tendulkar, failed to open his account while batting as he departed for a duck in his maiden Under-19 appearance during the first Youth Test match against the Sri Lankan U-19 team at the Nondescripts Cricket Club in Colombo. Arjun Tendulkar was dismissed by Shashika Dulshan. The 18-year-old all-rounder played 11 deliveries but failed to score a single run.

Coincidentally, Sachin Tendulkar was also dismissed for a duck in his ODI debut against Pakistan in 1989.

Arjun, a left-arm pacer, bowled an in-swinging length delivery and the left-handed Mishara failed to read the line of the ball and departed for a paltry 9.

Opener Atharwa Taide scored 113 off 160 balls, while Ayush Badoni smashed an unbeaten 185 off 205 balls for India. For Sri Lanka, Kalhara Senarathne returned with figures of 6 for 170.