Arjun Tendulkar Starts India Under-19 Career With A Glitch. Watch

Arjun Tendulkar made his debut for India Under-19 in a Youth Test against Sri Lanka. 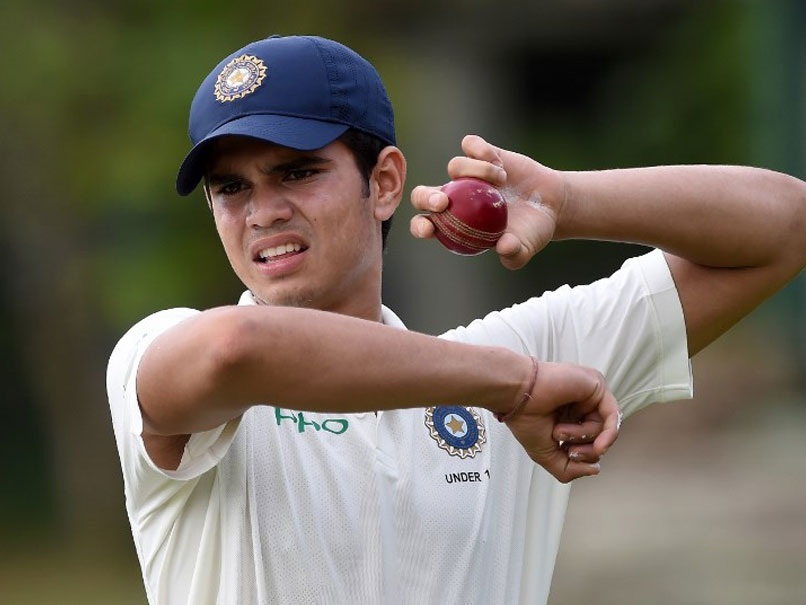 Arjun Tendulkar, son of India batting icon Sachin Tendulkar, claimed his maiden international wicket for India Under-19 during the first Youth Test match against Sri Lanka U-19 team at the Nondescripts Cricket Club ground, Colombo. Fans around the world took to social media and applauded Tendulkar junior for kicking off his U-19 career in style. Arjun Tendulkar, whose father made his senior India debut at the age of 16 against Pakistan in 1989, needed only 12 balls to claim his maiden international wicket when he dismissed Sri Lanka's Kamil Mishara LBW. But his debut started off with a glitch. Arjun missed his run-up on the first ball of his first ever game in an India jersey after the 18-year-old was asked to open the proceedings by skipper Anuj Rawat.

Arjun bowled an in-swinging length delivery and the left-handed Mishara failed to read the line of the ball and departed for a paltry 9.