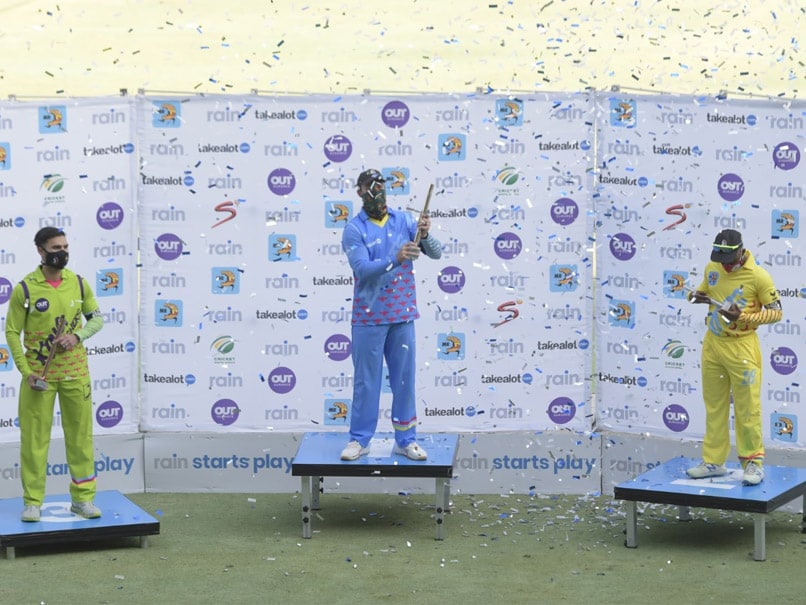 AB de Villiers led from front as Eagles won the inaugural edition of the 3TC Solidarity Cupon Saturday. The innovative 3 Team Cricket marked the return of live sport in South Africa for the first time since March. The match was put together to raise funds for the Hardship Fund, a joint Cricket South Africa (CSA) project aimed at providing relief to those within the cricket industry affected by COVID-19.

The AB de Villiers-led outfit profited from another swashbuckling inning by their captain and his century stand with Aiden Markram went a long way towards cementing the gold medal for the side.

The right-handed De Villiers scored 61 runs from just 24 balls while Markram registered a score of 70 from 33 balls and helped their side score 160/4 across the two halves of six overs each that they faced.

That put them 22 runs clear of the 138/3 posted by silver medallists Kites and 47 ahead of the Kingfishers (113/5), the team that ended with bronze.

During the match, all players showed their support towards the 'Black Lives Matter' movement as they all wore black armbands, and then they took a knee in support of the campaign.

Batting first in the opening half after winning the toss, or selecting ball one in a draw, the Kingfishers reached 56/2 at halfway.

And, with the Eagles (66/1) and Kites (58/1) all reaching similar scores after six overs, it meant that just 10 runs separated the teams at halfway.

Critically, it was De Villiers and Markram who were still not out for their sides at the changeover, and the skipper got things going by lashing 20 off the first over back that got them going.

Markram hit 50 off 27 balls, followed by De Villiers' half-century in only 21 deliveries as they finished in a powerful position.

The Kites were in next and still had Jon-Jon Smuts in, but he fell for 48 and with it the hopes of his team as the scoreboard pressure took its toll.

Dwaine Pretorius, the man with the quickest half-century of the day, 50 off just 17 balls, did momentarily give them hope, but his effort proved a mere consolation.

As for the Kingfishers, the fact that they lost both openers Janneman Malan (31) and Reeza Hendricks (21) towards the end of the first half left them with a mountain to climb. Faf du Plessiswas their last hope but he got out after scoring 28.

The pick of the bowlers on the day was Andile Phehlukwayo of the Eagles with 2/24, but Glenton Stuurman (2/26) was hugely impressive alongside the likes of Bjorn Fortuin (1/20) and Anrich Nortje (2/27).

A 3TC match is contested between three teams of eight players each and is played over 36 overs in two halves of 18 overs with a break at halftime.

In the second half, teams bat in order of the highest scores in the first half. If scores are tied, the first half order is reversed.

South Africa Cricket Team Cricket
Get the latest updates on India vs Australia and check out  Schedule, Results and Live Score. Like us on Facebook or follow us on Twitter for more sports updates. You can also download the NDTV Cricket app for Android or iOS.