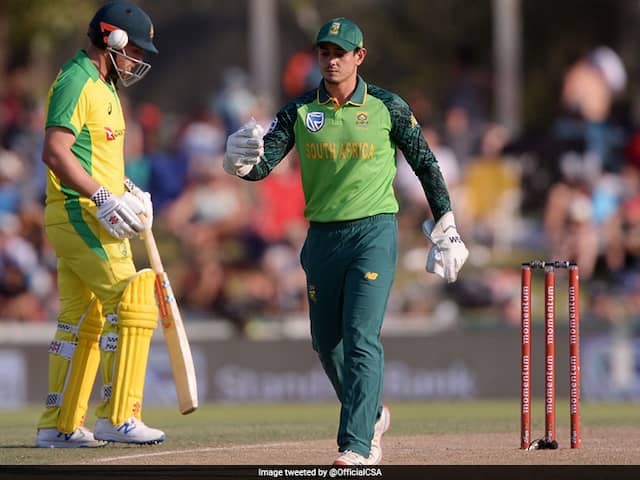 The Solidarity Cup challenge, a new format that will see three teams play against each other in a single match for the first time, will take place at SuperSport Park at Centurion and will be played without any fans due to the ongoing coronavirus pandemic.

A 3TC match is contested between three teams of eight players each and is played over 36 overs in two halves of 18 overs with a break at halftime. In the second half, teams bat in order of the highest scores in the first half. If scores are tied, the first half order is reversed.

The match has also been put together to raise funds for the Hardship Fund, a joint Cricket South Africa (CSA) project which aims to provide relief to those within the cricket industry affected by the current crisis.

The squads for 3TC:

Quinton de Kock Cricket
Get the latest Cricket news, check out the India cricket schedule, Cricket live score . Like us on Facebook or follow us on Twitter for more sports updates. You can also download the NDTV Cricket app for Android or iOS.