AB de Villiers said that the lockdown has come in at right time for Virat Kohli and he is expecting big things from India captain in the next 3 to 5 years. 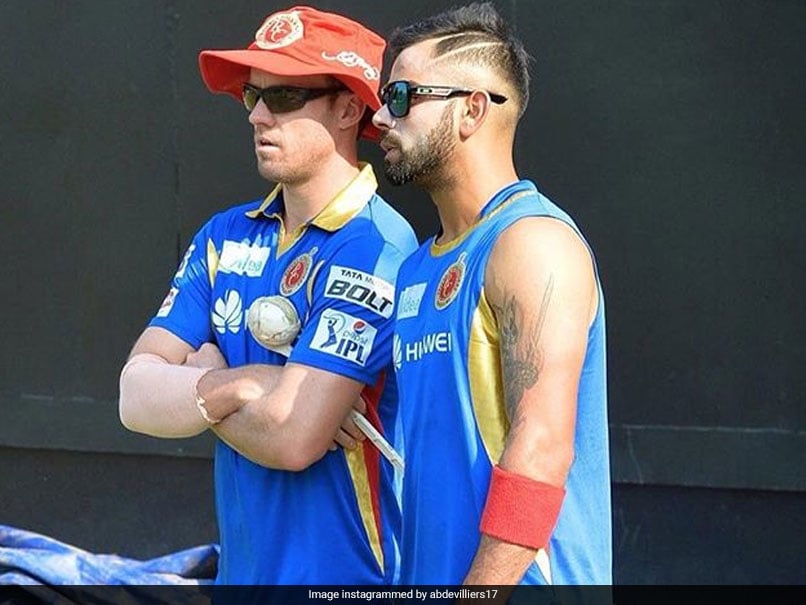 AB de Villiers and Virat Kohli have had two double-century partnerships in the IPL.© Instagram

Virat Kohliand AB de Villiers share great camaraderie on and off the field and the former South Africa batsman was full of praise for the Indian skipper during a recent chat with cricket commentator Harsha Bhogle on Cricbuzz. AB de Villiers said that he reckons the break from the high-voltage action has come just at the right time for Virat Kohli as it will help him refresh and go after the bowlers again. "Maybe this lockdown has come in at a good time for him (Kohli) where he can really refresh, reset the boundaries again and go again. I'm expecting big things from him in the next three to five years," De Villiers told Harsha Bhogle.

De Villiers and Virat Kohli have had two double-century partnerships in the Indian Premier League (IPL).

Lavishing praise on his Royal Challengers Bangalore (RCB) skipper, De Villiers said that Kohli is more reliable than him as a batsman.

"Virat.. I would say is more reliable. He is the guy you would want for 15 overs and I would say I'm maybe in a better way where I can change the game quickly. So together we are quite a nice combo," De Villiers added.

De Villiers was asked to name an all-time IPL XI and the South Africa star was quick to come up with a formidable team.

The 36-year-old former batsman named Virender Sehwag and Rohit Sharma as opening batters and picked Kohli for the role of number three.

De Villiers then gave three options for the number four slot and mentioned himself along with Kane Williamson and Steve Smith.

He named MS Dhoni as the captain of his side and picked Ben Stokes and Ravindra Jadeja as the two all-rounders.

Royal Challengers Bangalore Cricket
Get the latest updates on Fifa Worldcup 2022 and check out  Fifa World Cup Schedule, Stats and Live Cricket Score. Like us on Facebook or follow us on Twitter for more sports updates. You can also download the NDTV Cricket app for Android or iOS.