Virender Sehwag Shares Video Of Swarms Of Locusts "Right Above The House". Watch

Virender Sehwag, former India cricketer, took to social media to post a video of swarms of locusts right above his house. 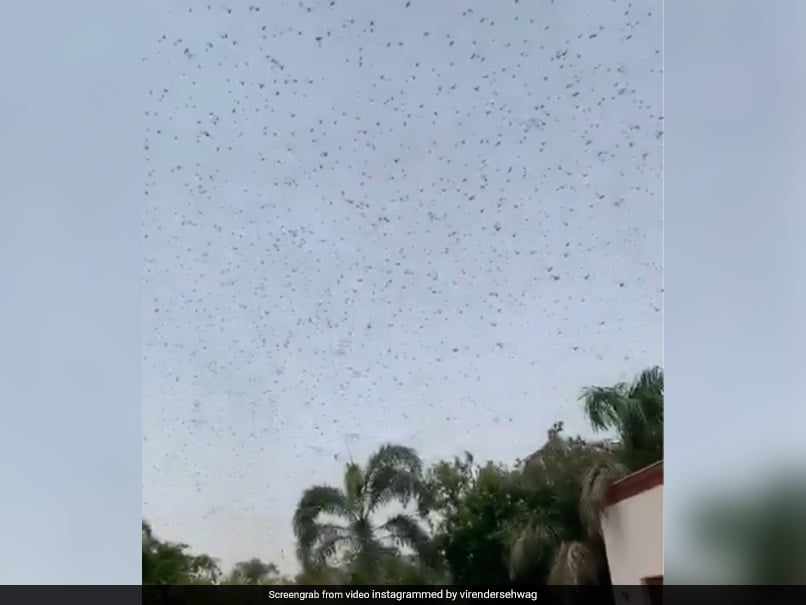 Virender Sehwag posted a video of locusts attack above his house.© Instagram

The city administration had informed Gurugram residents on Friday evening to keep their windows shut, anticipating a locusts attack.

The 41-year-old former cricketer recently helped the migrant labours, who have been affected due to the coronavirus-enforced lockdown.

Sehwag had posted a couple of videos where he was seen packing food for migrant labours during these testing times.

Before the ongoing coronavirus pandemic brought the whole sporting world to a standstill, Sehwag showcased his hitting prowess in front of a packed Wankhede stadium in Mumbai.

Sehwag, playing for India Legends, was part of the Road Safety World series. The tournament was called off due to the coronavirus pandemic.

The explosive batsman is the only Indian player to have scored two triple centuries in Test cricket.

Sehwag played 103 Tests and 251 One-Day Internationals for the country in a career spanning over 13 years.

The right-handed batsman scored 8,586 runs in the longest format of the game while in ODIs, Sehwag amassed 8,273 runs.

Sehwag helped his captains with the ball as well as he managed to pick up 96 wickets in ODIs and 46 scalps in Tests including a five-wicket haul that came against Australia in 2008.

Virender Sehwag Cricket
Get the latest updates on IPL Auction 2023 and check out  IPL 2023 and Live Cricket Score. Like us on Facebook or follow us on Twitter for more sports updates. You can also download the NDTV Cricket app for Android or iOS.