Virender Sehwag Praises VVS Laxman, Calls Him "One Of The Nicest Guys" In Indian Cricket 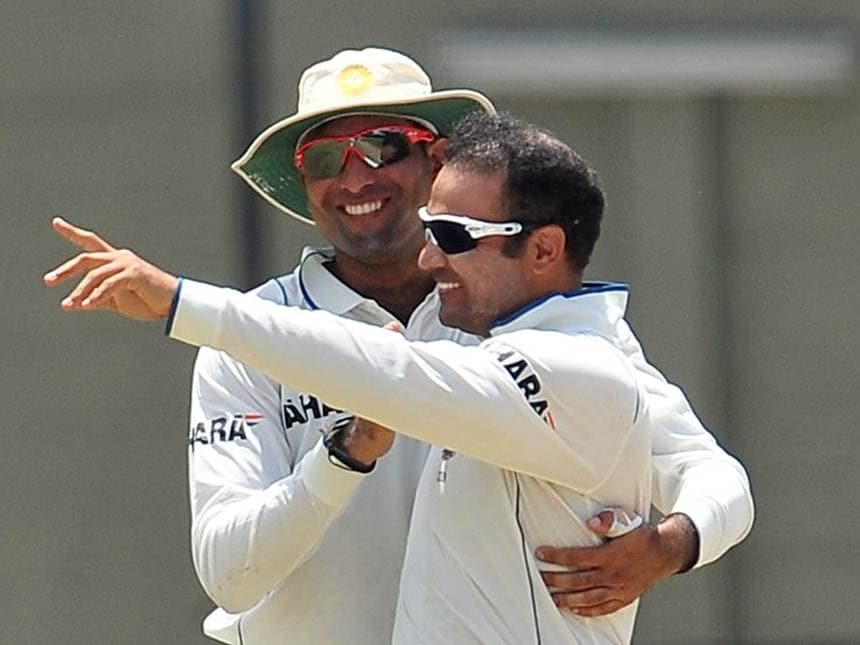 VVS Laxman had heaped praise on Virender Sehwag for his self-belief and positivity.© AFP

Former India opening batsman Virender Sehwag on Friday said that former cricketer VVS Laxman has made wonderful contribution to Indian cricket. Sehwag while replying to Laxman's tweet termed him as ''one of the nicest guys''.Laxman had shared a photo of Sehwag as part of his initiative of paying tribute to his teammates who influenced him immensely.

The right-handed batsman had heaped praise on Sehwag for his self-belief and positivity and termed him as one of the most destructive openers in the history of Test cricket.

Replying to Laxman's tweet, Sehwag said," You have been a great friend and made such wonderful contribution to Indian Cricket and are one of the nicest guys, Bhrata."

You have been a great friend and made such wonderful contribution to Indian Cricket and are one of the nicest guys, Bhrata

Sehwag announced his retirement from all forms of international cricket in October 2015.

In 104 matches long Test career, Sehwag scored 8586 runs at an impressive average of 49.34. He also scored 23 centuries and 32 fifties in a 12-year long stint in the longest format.

He smashed the fastest Test triple-century of just 278 deliveries to join Don Bradman and Brian Lara in the list of players to score two triples. He made 319 off 304 balls against South Africa at Chennai in 2008 with 42 fours and five sixes.

Laxman has been paying tribute to his teammates who had an influence on him and his career. Apart from Sehwag, he has so far paid tribute to Sachin Tendulkar, Sourav Ganguly, Rahul Dravid, Anil Kumble, and Javagal Srinath.

Virender Sehwag VVS Laxman Cricket
Get the latest updates on IPL 2020, check out the IPL Schedule for 2020 and Indian Premier League (IPL) Cricket live score . Like us on Facebook or follow us on Twitter for more sports updates. You can also download the NDTV Cricket app for Android or iOS.