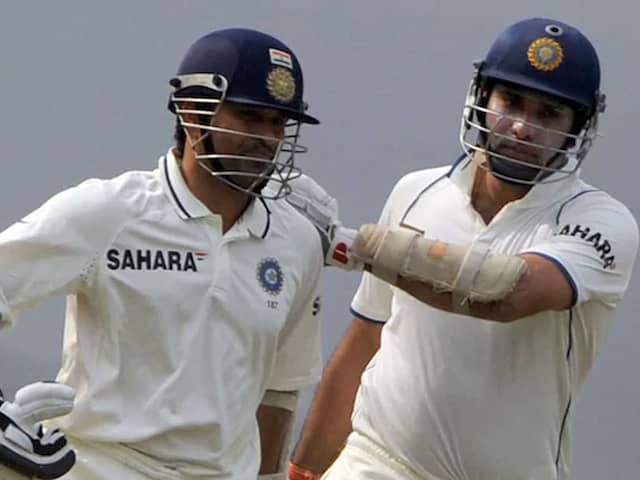 VVS Laxman said Sachin Tendulkar's "trail-blazing career is the stuff legends are made of".© AFP

Former India batsman VVS Laxman on Sunday heaped praise on his former teammate and legendary batsman Sachin Tendulkar, saying he has a remarkable quality of staying grounded despite the huge amount of fan-following and admiration he gets, which makes him great. Taking to Twitter Laxman wrote, "His trail-blazing career is the stuff legends are made of, but even more endearing is his commitment, passion & respect for the game that made him what he is. Staying grounded despite the adulation he received is a remarkable quality, one of the hallmarks of his greatness @sachin_rt."

Tendulkar made his debut in Test cricket on November 15, 1989. In the same year on December 18, he played his first ODI match.

Things are no different in ODI cricket as Tendulkar sits atop the list of most runs in this format as well. He has accumulated 18,426 runs in ODIs, including 49 tons.

Tendulkar represented the country in six World Cups during his career that lasted for 24 years. He was the part of the 2011 World Cup-winning squad.

On Saturday, Laxman announced that he will pay tributes to his teammates from whom he got inspiration and learnings.

"I have been very fortunate throughout my career to have played alongside men who inspired through their deeds. There are lessons to be learnt, like I did, from the way they carried themselves. Over the next few days, I'll be paying tribute to teammates who influenced me immensely," he said.