Sachin Tendulkar found some remarkable similarities between his childhood stance and that of Brian Lara's son. 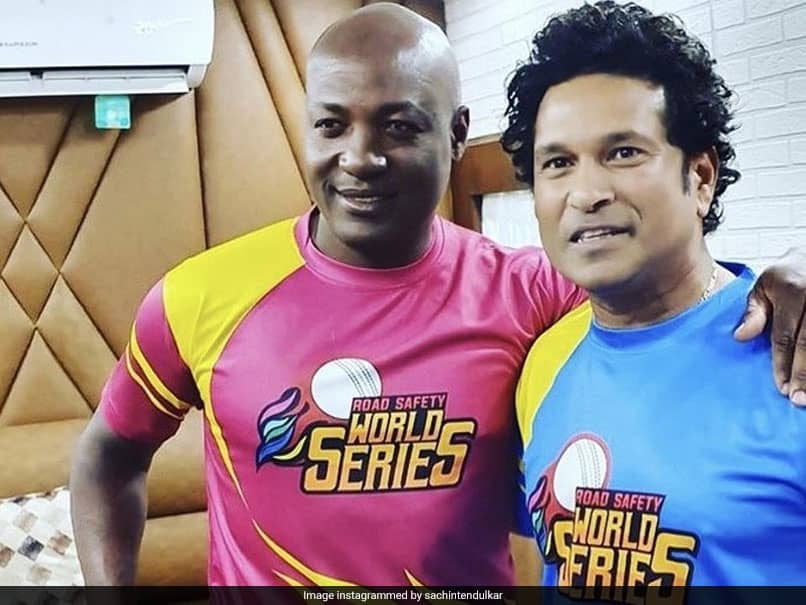 Sachin Tendulkar has been active on social media platforms during lockdown.© Instagram

Sachin Tendulkar is considered one of the greatest batsmen to have played cricket. The Master Blaster has been regularly sharing photos and videos on his social media accounts for his fans during the lockdown. Tendulkar is known for sharing interesting and unique posts on his Instagram account. In his latest Instagram post, Sachin Tendulkar shared a photo of Brian Lara's son holding the cricket bat. In the same photo, Sachin added a picture of himself from his childhood holding the cricket bat in a similar style. In the caption of his Instagram post, Sachin wrote, "@brianlaraofficial I know of another boy who had a similar grip and didn't do too badly in international cricket".

@brianlaraofficial I know of another boy who had a similar grip and didn't do too badly in international cricket. ????

Sachin Tendulkar is the only batsman in world cricket with 100 international centuries to his name. Sachin made his debut for India back in 1989 against Pakistan at Karachi in a Test match. Since then, Sachin Tendulkar became a household name in India as he was one of the finest batsmen in Indian cricket. Sachin Tendulkar went on to play 200 Test matches for India. A feat that no one else has been able to replicate.

During his Test career, Sachin Tendulkar scored a staggering 15,921 runs with 51 centuries to his name.

In ODIs, Sachin Tendulkar featured in 463 ODIs during his career. He scored 18,426 runs with 49 centuries in the format. He became the first batsman to score a double century in ODI cricket. Sachin Tendulkar played just one T20I for the country back in 2006 against South Africa at Johannesburg.