Sachin Tendulkar celebrated his 25th wedding anniversary on Monday and decided to make this occasion even more special for his family members. 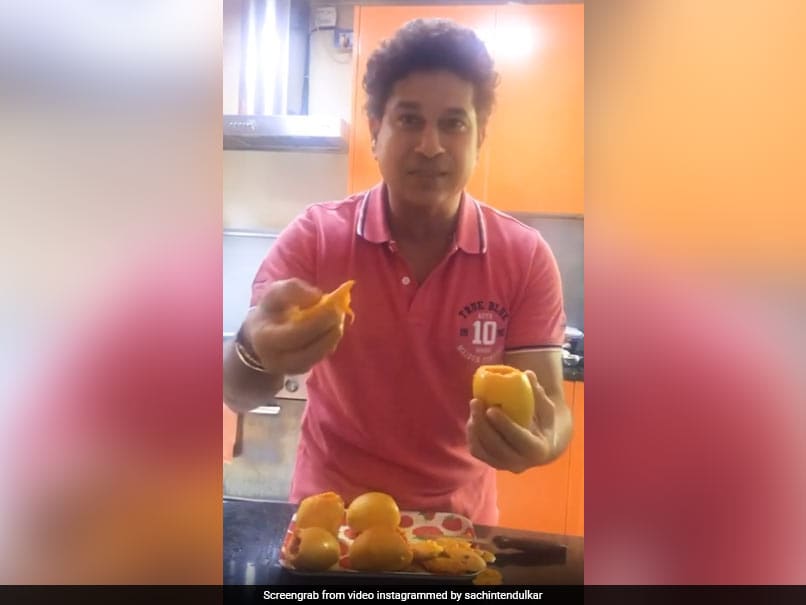 Sachin Tendulkar also shared the recipe with his fans.© Instagram

Sachin Tendulkar, who broke many records during his 24-year-long international career, reached another milestone, but this time off the field. The batting maestro celebrated his 25th wedding anniversary on Monday and decided to make this occasion even more special for his family members by preparing a sweet dish for them. Tendulkar, who has been trying hands at different things, decided to surprise his family members by preparing "Mango Kulfi". "A Surprise for our Wedding Anniversary. Made this Mango Kulfi as a surprise for everyone at home on our 25th wedding anniversary," Tendulkar wrote on Instagram.

Made this Mango Kulfi as a surprise for everyone at home on our 25th wedding anniversary.

Earlier in the day, Sachin Tendulkar took to Twitter to extend heartfelt wishes to his fans on the festival of Eid-ul-Fitr.

Tendulkar, like most of us, is spending time at home during this coronavirus lockdown.

Tendulkar, known across the globe for his batting skills, had in one of his posts expressed that he loves doing different things and last week the batting legend turned barber for his son Arjun Tendulkarand gave him a haircut.

"As a father you need to do everything, be it playing games with your kids, gyming with them or for that matter cutting their hair. However the haircut turns out you'll always be handsome @arjuntendulkar24 Special thanks to my salon assistant @saratendulkar," Tendulkar captioned the video on Instagram.

Tendulkar, the leading run-scorer in the international cricket, also participated in the "Keep It Up Challenge" after he was nominated by former Indian all-rounder Yuvraj Singh.

Tendulkar kept juggling the ball off his bat but unlike Yuvraj, the 47-year-old aced the challenge with a blindfold on.

"I am challenging you back @yuvisofficial, but this time with a twist!! All I can ask everyone to do is take care and stay safe," Tendulkar captioned the video.