Brian Lara and Sachin Tendulkar recently played together in the Road Safety World Series in March. 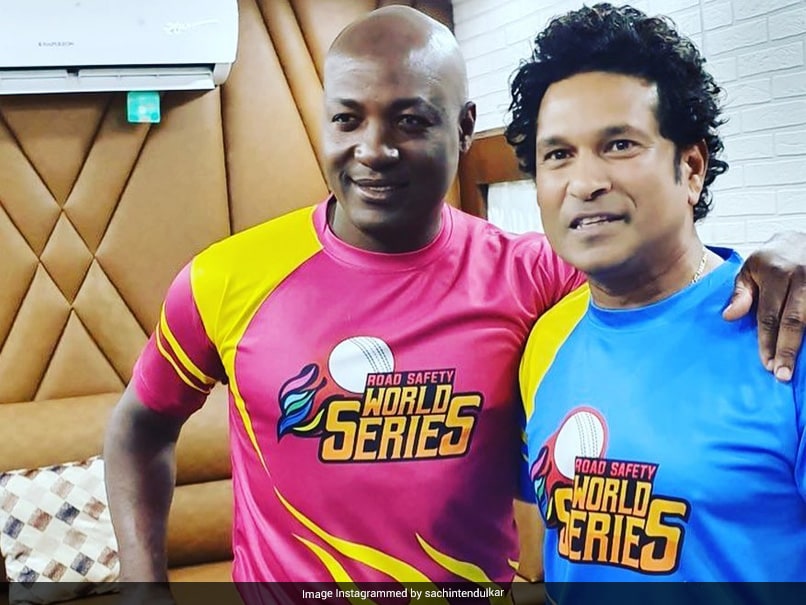 Sachin Tendulkar took to Instagram to wish his "fellow Taurean" and cricketer friend Brian Lara on his 51st birthday. The Indian batting great and the West Indies legend recently played together in the Road Safety World Series in March and Sachin Tendulkar recalled some memories of that meet in his heartfelt birthday wish. "Wishing my fellow Taurean a very happy birthday. It was great fun catching up with you recently. Have a great one, Prince! Look forward to seeing you soon. Take care," Sachin Tendulkar captioned the picture on Instagram.

Wishing my fellow Taurean a very happy birthday. Was great fun catching up with you recently. Have a great one, Prince! Look forward to seeing you soon. Take care.

Tendulkar and Lara were among former cricketers who returned to the field for the Road Safety World Series in India. The World Series was planned as an annual Twenty20 tournament played between retired cricketers from five countries - Australia, South Africa, Sri Lanka, West Indies and India.

The Road Safety World Series was scheduled to run from February 2 to 16 across India, however, it was indefinitely postponed due to the coronavirus pandemic.

Left-handed batsman Lara scored 11,953 runs with the help of 34 hundreds and 48 half-centuries in the longest format of the game. In ODIs, Lara scored over 10,000 runs in 299 matches, smashing 19 centuries during his 17-year long career.

As Lara turned 51 on Saturday, wishes poured in from all parts of the globe for the cricket legend.

Sachin Tendulkar Brian Lara Cricket
Get the latest updates on ICC T20 Worldcup 2022 and CWG 2022 check out the Schedule, Live Score and Medals Tally. Like us on Facebook or follow us on Twitter for more sports updates. You can also download the NDTV Cricket app for Android or iOS.