A Board Game That Adds To The Excitement Of IPL Season

A board game called 10D Cricket developed by a former sports journalist in Chennai is engaging families in a cricket fever of a different kind at homes even as cricket fans gear up for the mega cricket season ahead. 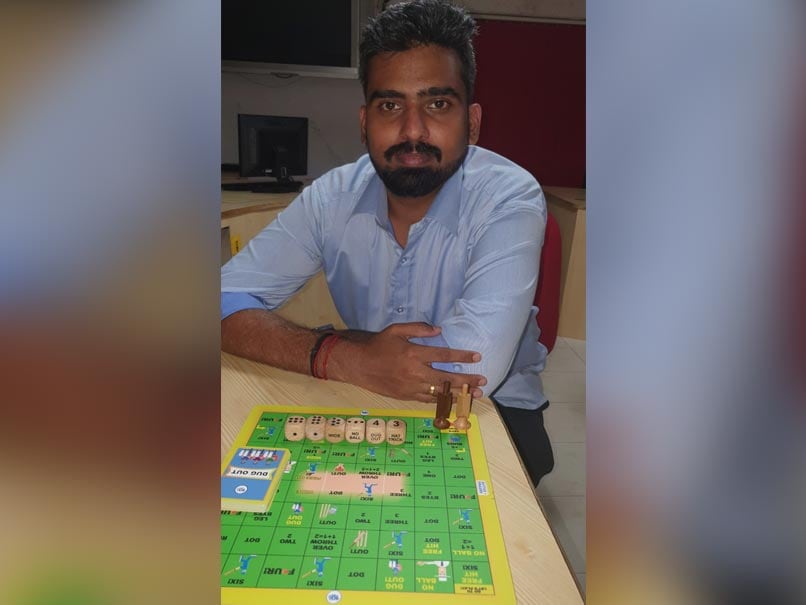 A board game called 10D Cricket developed by a former sports journalist in Chennai is engaging families in a cricket fever of a different kind at homes even as cricket fans gear up for the Indian Premier League and World Cup cricket season. The 28 CM long square board with 64 chess-like boxes, two bats, six dices, and a pack of 25 dug-out cards bring together the excitement, suspense, and unpredictability of real on-field cricket and the fun of a board game.

The 6 dices take the role of six balls in a cricketing over. Each has an instruction marked on all six sides. The one that shows up when thrown sets the game moving. It could be a sixer or a four; it could also be a minus score like minus 10 or 5 runs;  there is also a hat-trick, downing three wickets in one go.

The instruction could also be to move the bat by a few places and abide by the cricketing event written in that square which could be a wide, an overthrow,  penalty, dug out, etc. These options on the dice also help 'bowlers' strategise and choose the most appropriate dice to 'bowl'.

The dugout refers to picking up a card from the pack which could throw up 25 new exciting possibilities. "The game gives hope and confidence to every member that at any point in time they could win, that things could turn around," said S Bagawati Prasad, now a sports consultant whose Butter Fingers Entertainment has brought this out.

It's a flexible team game and any number of members can join both sides and the game can be played in a limited-overs form or a full-fledged Test. There is also a scorebook to help children get the real cricketing feel.

The idea took shape when Bagawati was in quarantine following a travel. Boredom struck as even social media could not keep him engaged.

A mother who bought this for her twins in class XI said "They love the game. It engages them for the whole session. They love writing down the score in the book."

"We are a cricketing family and we love it," she added.

Bagawati hopes the game would help family members spend quality time with each other.

"We hope this would bring families together at home for a quality time of fun and togetherness without the involvement of any tech".

In a bid to bring in inclusivity, the venture also engages a differently-abled community in the making of its eco-friendly packaging material through the AndAlt  Foundation.

Comments
Topics mentioned in this article
IPL 2021 Cricket
Get the latest updates on IPL 2021, check out the IPL 2021 Schedule and Indian Premier League Live Score . Like us on Facebook or follow us on Twitter for more sports updates. You can also download the NDTV Cricket app for Android or iOS.