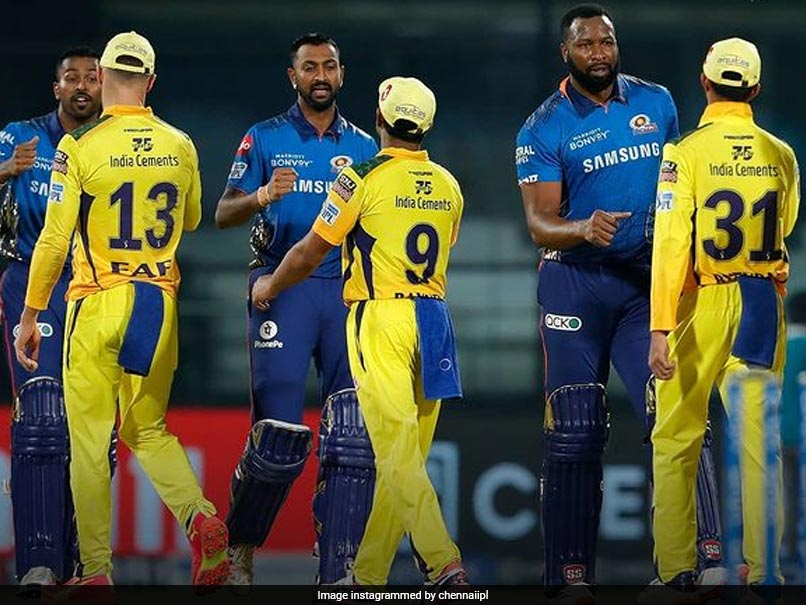 Ahead of their clash against defending champions Mumbai Indians (MI), the Chennai Super Kings (CSK) stars looked back at the close encounters the two teams played before. CSK star performers Lungi Ngidi, Mitchell Santner, Suresh Raina and even head coach Stephen Fleming gave their views on the much-anticipated opening match of the second phase of the Indian Premier League (IPL) in the UAE. Apart from intense IPL finals, CSK and MI were involved in a nail-biter in IPL 2021 itself, with the latter coming out on top by four wickets.

The video posted by the CSK handle on Instagram was captioned, "Fired up for the Pre Match Mood ft. Super Fam #CSKvMI #WhistlePodu #Yellove."

Ngidi talked about skipper MS Dhoni's correct prediction of the match going down to the final ball. The pacer also lauded MI and explained how both teams made each other better on the field.

"The batsman were unbelievable for us. The captain did say that the game will go down to the last ball, which it did," Ngidi said.

"Every time we come up against them, they seem to raise their game just as much as we do. It's always a good game and we never really know who's going to win until the game is done. We came out on the wrong side of the result the last time but we will be definitely looking to rectify that," he added.

All-rounder Santner also praised the MI team for giving tough competition to CSK over the years.

He said, "We have had a lot of battles with Mumbai Indians over the years, they are a very good team."

Head coach Fleming also weighed in on the match-up that the entire cricket community looked forward to.

"We took heart that we put a good total on the board. The opposition is allowed to play well and Mumbai do play well against us, so need to keep lifting," Fleming said.

CSK batting mainstay Raina expressed his excitement on starting the second phase of IPL against a tough team like MI.

He said, "I think they play really good cricket. Chennai always does well against them. It's going to be very exciting. Good we are playing the first game against them, then they can set the tone for us."

Mitchell Santner IPL 2021 Cricket Chennai Super Kings vs Mumbai Indians, Match 30
Get the latest updates on T20 World Cup, check out the T20 World Cup Schedule and Live Score . Like us on Facebook or follow us on Twitter for more sports updates. You can also download the NDTV Cricket app for Android or iOS.