Shardul Thakur said Virat Kohli's decision to step down as T20I captain after the ICC T20 World Cup was "quite surprising". 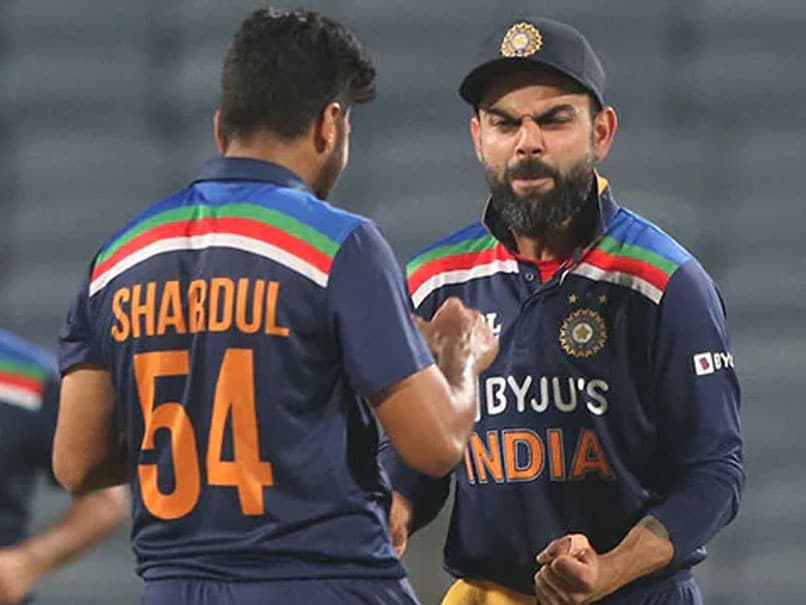 Virat Kohli's decision to step down as the captain of Team India in the shortest format of the game after the T20 World Cup came as a shock earlier this week. Like others, India seamer Shardul Thakur too was surprised by Kohli's announcement. Shardul said he wished to see Kohli continuing as the leader after the marquee tournament. "It's quite surprising. I wish he had continued (as captain after the T20 World Cup too), but he has done the job for India since the past few years. So according to him, maybe it's time to move on as the India T20 captain," Shardul was quoted as saying by The Times Of India.

The 29-year-old seamer also added that he hasn't spoken to Kohli about the latter's call to relinquish his T20I captaincy, saying that he would like to congratulate him only after lifting the T20 World Cup trophy.

"I haven't had the opportunity to speak to him. I would like to congratulate him on his time as the India T20 captain, but only after we win this World Cup. Till then, he is still our captain," Shardul added.

Speaking on his relationship with Virat Kohli, Shardul said that the India skipper has been very supportive.

"My relationship with him is very good. We often joke about a lot of things. At times, I try to pull his leg too, but only if he is in a mood. After all, there are many things that he needs to handle. I like to play under his captaincy. We go through different moods on the field. He has been very supportive and always motivates us to perform to our maximum potential," Shardul said.

Shardul, who was left out of the 15-man squad for T20 World Cup, said he is disappointed but as a part of the reserves, he wants to be ready for a call-up.

"I am a little disappointed. It's everyone's dream to play and win the World Cup for your country. Now I'm a part of the reserves for the World Cup, so I guess I have to be ready. I can get a call-up at any moment," Shardul concluded.

Virat Kohli Shardul Thakur Cricket
Get the latest updates on IPL 2021, check out the IPL 2021 Schedule and Indian Premier League Live Score . Like us on Facebook or follow us on Twitter for more sports updates. You can also download the NDTV Cricket app for Android or iOS.