Smit Singh was the first to be eliminated from the six-man final after managing a lowly 15 out of 20. 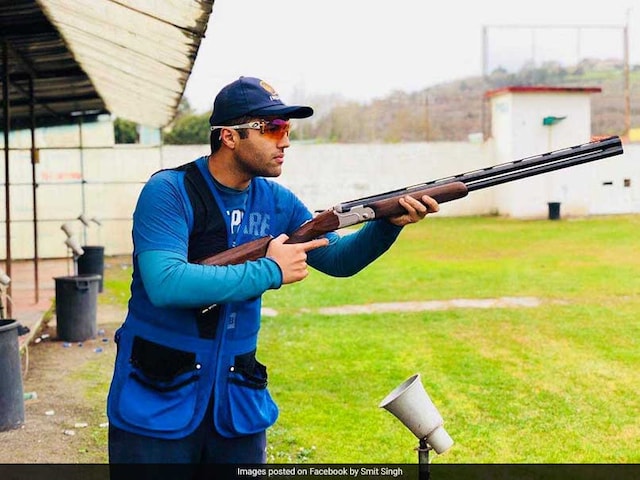 Smit Singh was the first to be eliminated from the six-man final.© Facebook

India's Smit Singh finished a disappointing sixth in the final of shooting men's skeet competition at Belmont Shooting Centre at the Commonwealth Games in Gold Coast, Australia on Monday. Smit, who shot a total of 119 after the second day of qualifications, was the first to be eliminated from the six-man final after managing a lowly 15 out of 20. Georgios Achilleos of Cyprus clinched the gold medal, shooting a Commonwealth Games record total of 57 while the silver went to Ben Llewellin of Wales, with a total of 56.

England's Gareth Mcauley took the bronze with a total score of 45.

The other Indian Sheeraz Sheikh finished at No.10 after firing a total of 117 in the qualifiers.

India's star shooter Jitu Rai won gold with a masterful performance in the men's 10m Air Pistol event. Jitu created a new CWG record of 235.1 in the final to win the gold. Om Mitharwal bagged the bronze for India with 214.3.

In womne's 10m Air Rifle event, Mehuli Ghosh and Apurvi Chandela bagged silver and bronze respectively. Ghosh lost to eventual champions Martina Lindsay of Singapore in the shoot-off after both were tied at a CWG record score of 247.2 in the final. In the shoot-off, Ghosh scored 9.9 while Martina shot 10.3.

Apurvi, the defending champion, got the bronze with 225.3.