India continued their impressive form on the ninth day of the 21st Commonwealth Games on Friday. At the end of Day 9, India remained at the 3rd spot with 17 gold, 11 silver and 14 bronze medals. Indian paddlers Manika Batra and Mouma Das clinched the silver medal in women's doubles category. Wrestler Bajrang Punia added another gold medal to the India tally at the Games at Gold when he overcame Kane Charig of Wales by Technical Superiority in the men's 65kg category. World No.1 Kidambi Srikanth stormed into the badminton men's singles semi-finals thrashing Singapore's Zin Rei Ryan in straight games. Srikanth, who rose to the No.1 spot in the Badminton World Federation (BWF) rankings on Thursday, hardly lost any sweat in thrashing the Singaporean 21-15, 21-12 at the Carrara Sports Arena.

However, India's men's hockey team didn't perform as expected and lost to New Zealand 2-3 in a semi-final. India put up a disastrous defensive performance in the first quarter to concede two goals to Hugo Inglis (seventh minute), Stephen Jenness (13th). But Harmanpreet Singh converted a penalty stroke in the 29th minute as India trailed 1-2 at half-time. Markus Child regained New Zealand's two-goal lead in the 40th minute. India kept chasing and reduced the deficit to one in the 57th minute through a penalty corner conversion but it proved to be too late to find an equaliser. India will now head to the bronze medal playoff against the loser between Australia and England. (Medals Tally)

Indian shooter Anish Bhanwala, aged 15, created history by becoming the country's youngest ever gold medal winner in the Commonwealth Games. Anish achieved the feat when he stormed his way into the gold medal with a Games record in the men's 25m rapid fire pistol event at the Belmont Shooting Centre. The Haryana boy shot down the CWG record in the final with a score of 30 including four series of 5 each. The youngest in the field, he showed nerves of steel and led the more experienced shooters through the event to emerge deserving champion. Australia's Sergei Evglevski claimed the silver with 28, while the bronze medal went to Sam Gowin (17) of England. India's other entrant in the event, Neeraj Kumar (13) was the second shooter to be eliminated in the finals after a shoot-off. By winning the gold, Anish bettered team-mate Manu Bhaker, who had become the youngest Indian Commonwealth Games gold medallist earlier this week when she emerged champion in the 10m air rifle finals. In the Qualifications, Anish scored 580 to finish top of the tally while Neeraj was second best with 579. Anish scored 286 in stage 1 and 294 in stage 2 qualifying, while Neeraj had 291 in stage 1 and 288 in stage 2.

Shooters Tejaswini Sawant and Anjum Moudgil won gold and silver respectively in the Women's 50m Rifle 3 Positions at the 21st Commonwealth Games. Tejaswini registered a new Games record 457.9 points to take the title. Anjum scored 455.7. Seonaid McIntosh of Scotland took bronze with 444.6. Indian wrestler Bajrang Punia entered the final of the men's 65 kilogram category at the 21st Commonwealth Games. The Indian came up with an awe inspiring performance to win all his bouts by technical superiority. Bouts are awarded on the basis of technical superiority when a wrestler takes a lead of 10 or more points. Bajrang overpowered Vincent De Marinis of Canada in the semi-finals. Bajrang started his campaign with a power-packed display against Brahm Richards of New Zealand. The Indian needed only a couple of minutes to beat Richands by technical superiority. Bajrang executed a couple of two-point moves to go 4-0 up within the first 30 seconds. He then pulled off a gut wrench to flip his opponent over which earned him another four points. Bajrang almost pulled off a pin but the Kiwi survived somehow with some desperate defending. But another tw-point move by the Indian finished off the contest. In the quarter-finals, Bajrang outclassed Amas Daniel of Nigeria, building up a 10-0 lead early in the second round. The domination contiuned in the semi-finals Bajrang pulled off a series of two-point moves to take an 8-0 lead in the first round. Another takedown just after the break earned him the win and a place in the final.

17:35 IST: 17:35 IST: Thank you for joining us for the ninth day updates. We will be back with the tenth day live updates of the ongoing Commonwealth Games 2018 at Gold Coast on Australia.

17:20 IST: In Boxing, Men's +91kg Semifinal featuring India's Satish Kumar starts. He is up against Keddy Agnes of Seychelles

16:31 IST: In men's hockey semi-final -- India score from a penalty corner to make it 2-3 against New Zealand with just under 4 minutes left.

16:28 IST: India's Vikas Krishnan beats Steven Donnelly of England with a unanimous decision of 5-0 in Men's 75 kg event, advances to the final. 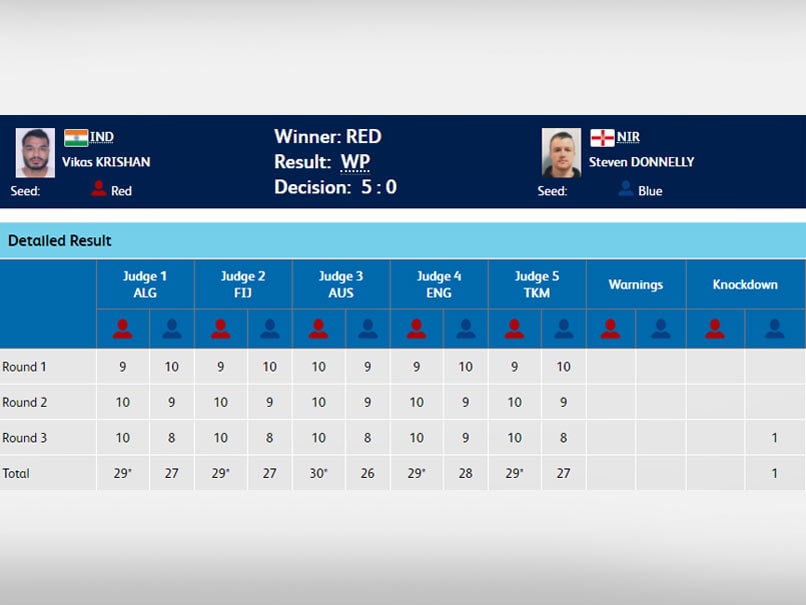 16:15 IST: In boxing, Men's 75 kg semi-final featuring India's Vikas Krishnan starts. He is up against Steven Donnelly of England.

16:13 IST: At the end of the 3rd Quarter, New Zealand maintain a two-goal lead against India. New Zealand 3-1 India. 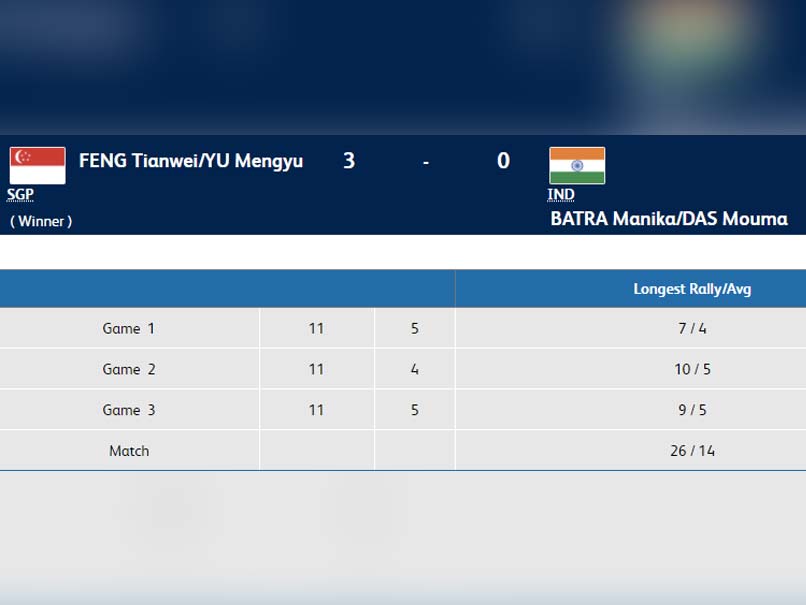 15:40 IST: HOCKEY: India pull one back from a penalty stroke just before the end of the second quarter. New Zealand lead 2-1 in men's hockey semi-final

15:24 IST: HOCKEY: The 2nd quarter starts with New Zealand holding a 2-0 lead over India in the men's hockey semi-final

15:16 IST: HOCKEY: New Zealand double their lead in the first quarter against India in the men's hockey semi-final

15:09 IST: HOCKEY: Hugo Inglis scores in the 7th minute to give New Zealand a 1-0 lead against India in the men's hockey semi-final

13:28 IST: BADMINTON: N Sikki Reddy and Prannav Chopra lose their first game against Malaysia. They need to win their second game to stay in the match.

Shaabaas Bajrang !
Congratulations for the Gold
without dropping a single point in the entire tournament @PuniaBajrang ! #CWG2018 pic.twitter.com/BOpmMQfC06

12:44 IST: WRESTLING: At the end of the first period, Pooja Dhanda leads Joseph Essombe Tiako 9-2. Proving far too strong for the Cameroonian

11:55 IST: SHOOTING: India's Shreyasi Singh has been eliminated from the women’s trap finals in fifth position

09:59 IST: BADMINTON: Saina Nehwal stroms into Semis with 21-8, 21-13 win over Rachel Honderich. To take on Kirsty Gilmour in Semis tomorrow

Congratulations to Anish Bhanwala for being the youngest Indian to win a gold at the CWG. Proud of you! #GC2018 #CommonwealthGames2018

15 years of age and already shooting for the stars! Congratulations Anish Bhanwala for bagging India another gold medal! #GC2018 #CommonwealthGames2018

09:19 IST: BADMINTON: India's Kidambi Srikanth through to semi-finals with a 21-15, 21-12 win over Singapore's Ryan Ng Zin in the men's singles quarterfinal match

08:20 IST: WRESTLING: India's Divya Kakran is through to Semis of Women's Freestyle 68 kg after winning one bout and losing another. Semis are scheduled for later today.

Tejaswini Sawant breaks CWG record with a total score of 457.9.

Earlier on Thursday, Day 8 started with a silver at the Belmont Shooting Centre in Brisbane where Sawant added a second silver to her CWG collection of medals in the women's 50m rifle prone event.

And then began the medal rush at the Carrara Sports and Leisure centre where the wrestlers snared two golds, a silver and a bronze.

Defending champion Sushil (74kg) barely spent any time on the mat, his final against South African Johannes Botha lasted just a minute and 20 seconds as he picked up easy victories to claim his third successive gold at the Games, a love affair that began in 2010 Delhi edition.

Joining him in the gold-grabbers list was Rahul Aware (57klg), the man who finally found his moment of glory after 10 years of struggle.

Ignored for big events, sometimes without a trial, Aware fought through a groin niggle in a pulsating final against Canada's Steven Takahashi.

However, another defending champion Babita phogat (53kg) settled for a silver, while debutant Kiran happily flaunted a hard-earned bronze. Kiran defeated Mauritian Katouskia Pariadhaven by fall in the repechage of the 76kg category for her first major medal at the international level.

In the evening, Seema Punia and Navjeet Kaur Dhillon notched up silver and bronze medals respectively in the women's discus throw event to end the day on a high for India.

There were good results coming through on the badminton court as well with stars such as Saina Nehwal, PV Sindhu and K Srikanth remained on course for medals in the individual events after advancing to the quarterfinals with another set of comprehensive victories.

The paddlers and squash players too continued to move ahead without any major hiccups and the weekend should add considerably to India's medal kitty.

However, the day was not completely free of disappointment as the women's hockey team bowed out of final contention after losing 0-1 to hosts Australia in the semifinal. They will now be competing for the bronze medal against Olympic champions England.

England were stunned in a penalty shootout by New Zealand.

Comments
Topics mentioned in this article CWG 2018 India Other Sports
Get the latest Indian Premier League 2020 news, check out the IPL 2020 schedule, Cricket live score . Like us on Facebook or follow us on Twitter for more IPL 2020 updates. You can also download the NDTV Cricket app for Android or iOS.
Related Articles

Indians, Pakistanis Among 200 Seeking Asylum In Australia After Commonwealth Games