The quirk was the culmination of a chaotic draw on Tuesday night for the boxing competition. 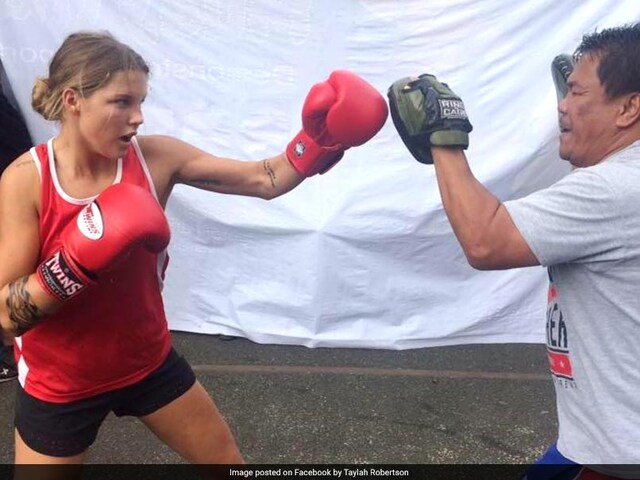 A kind draw propelled Taylah Robertson straight into the semi-finals of the women's 51kg category.© Facebook

A home boxer is already guaranteed to win a medal at the Commonwealth Games in Australia - without even throwing a punch. A kind draw at the Gold Coast Games propelled Australia's Taylah Robertson straight into the semi-finals of the women's 51kg category. Her bye into the last four means that even if she is defeated in her first bout, the 19-year-old will earn a bronze medal, as both losing semi-finalists win bronze. The quirk was the culmination of a chaotic draw on Tuesday night for the boxing competition.

Dozens of boxers and support staff crammed into a room at the athletes' village to see the draw unfold on a projector screen.

But organisers were unable to dim the lights in the room, meaning fighters could not make out who their opponent was or when.

One team official in the room, who did not wish to be named, called it "an absolute farce".

The Commonwealth Games open later Wednesday and the boxing competition starts the next day.