PV Sindhu, B Sai Praneeth and Sameer Verma all exited the Denmark Open after losing to their opponents in straight games. 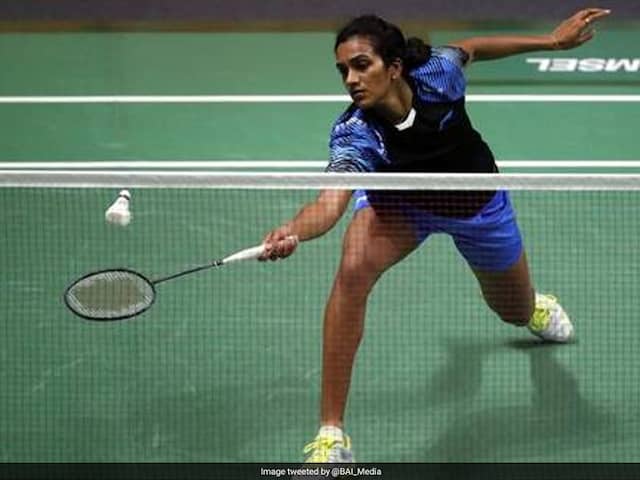 India's campaign at the USD 775,000 Denmark Open came to a disappointing end with the trioka of PV Sindhu, B Sai Praneeth and Sameer Verma -- all-exiting after suffering straight-game losses, in Odense, Denmark on Thursday. World Champion Sindhu, seeded fifth, yet again struggled to buck the trend of recent early exits as she was knocked out after she lost 14-21, 17-21 to Korea's An Se Young in a 40-minute second-round women's singles clash at the BWF World Tour Super 750 event. This was Sindhu's third successive early exit from a tournament since claiming the World Championship at Basel, Switzerland in August.

The 24-year-old Indian had lost in the second and first round at the China Open and Korea Open respectively in the last two events.

It turned out to be a dismal day for Indian shuttlers in general as B Sai Praneeth, Sameer Verma, and men's doubles pair of Satwiksairaj Rankireddy and Chirag Shetty also went down in straight games in their second rounds.

While Praneeth was outclassed by two-time World Champion Kento Momota of Japan 6-21, 14-21 in yet another dominating show, Sameer lost 12-21, 10-21 to Olympic champion Chen Long of China.

Later in the day, Pranaav Chopra and N Sikki Reddy put up a gallant fight before going down 24-26, 21-13, 11-21 to fourth seeded Malaysian pair of Chan Peng Soon and Goh Liu Ying in the mixed doubles competition.

The Korean raced to a 6-1 lead early on but Sindhu narrowed it down to 7-8 at one stage, raising expectations of a change of script.

But Se Young was relentless as she zoomed to a 14-7 advantage and then slowly moved ahead to pocket the opening game.

In the second game, Sindhu held a 8-4 lead at one stage but Se Young surpassed her with a 9-8 advantage.

Sindhu again moved ahead before the Korean reeled off six straight points from 14-16 to grab four match points and converted it on her second attempt to seal her place in the quarters.