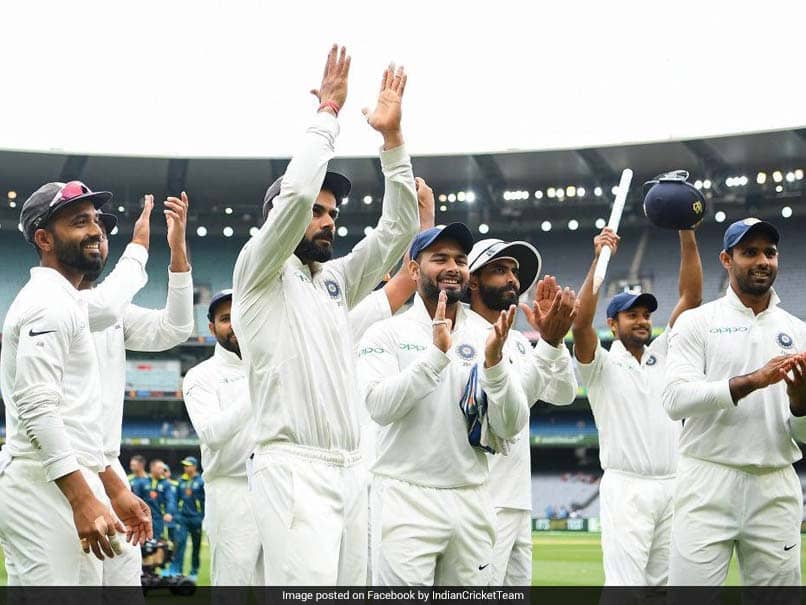 Team India became the first Asian side to win a Test series in Australia on Monday.© Instagram/IndiaCricketTeam

India beat Australia 2-1 in the four-match Test series to send most cricket fanatics around the world into a tizzy. After becoming the first Asian team to win a Test series in Australia, Team India has also given the Pakistanis a reason to rejoice. After Shoaib Akhtar praised Virat Kohli and Team India, now Pakistan Prime Minister and legendary cricketer Imran Khan has taken to Twitter to say, "Congratulations to Virat Kohli and the Indian cricket team for the first ever win by a subcontinent team in a test series in Australia."

On Monday, former Pakistani fast bowler Shoaib Akhtar said, "Congratulations to Team India for a historic series victory Down Under. One of the toughest tours in world cricket is a Test Series in Australia. It was a great effort and they kept Aussies under pressure throughout."

Before Day Five of the Sydney Test was washed out, India had ripped through the Australian tail on a shortened Day Four, when bad light and rain allowed only around 100 minutes of play, bowling the hosts out for 300 in reply to their own ominous 622 for seven declared.

Australia then suffered the indignity of being forced to follow on at home for the first time in 30 years as Kohli twisted the knife.

Only four overs of their second innings were possible, with Marcus Harris not out on two and Usman Khawaja unbeaten on four before the match was called off.

"I want to say I've never been more proud of being part of a team, than this one right here," said Kohli.

"The boys make the captain look good. By far, this is my biggest achievement. It's at the top of the pile," Kohli added.

Virat Kohli Imran Khan Cricket Australia vs India 2018/19
Get the latest updates on India vs Australia Series, check out the India vs Australia Schedule for 2020-21 and Ind vs Aus live score . Like us on Facebook or follow us on Twitter for more sports updates. You can also download the NDTV Cricket app for Android or iOS.