Shoaib Akhtar was among those thrashed by Sachin Tendulkar during their ICC World Cup 2003 match in South Africa. 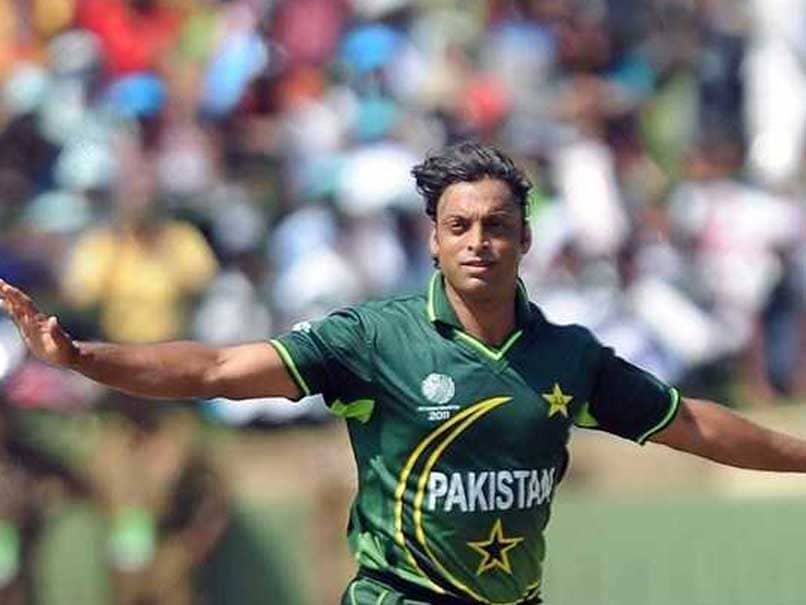 Former Pakistan fast bowler Shoaib Akhtar was at the receiving end of trolls on social media after he called himself 'Don of Cricket' on Twitter. Shoaib Akhtar spearheaded Pakistan's fiery bowling attack through the years he played. However, his latest Twitter post didn't go down well with the fans as they responded to his caption with videos of batting legend Sachin Tendulkar hammering the Pakistan bowlers. The fans specifically shared videos of Shoaib Akhtar getting hit all over the park in India's match against Pakistan in their 2003 World Cup encounter in South Africa. "Don of cricket as they called me but never enjoyed hurting people but I must say when I was out there I just ran in for the love of my country & for the people around the world ..", he had captioned. Sachin Tendulkar showed his batting prowess in Centurion hitting a 75-ball 98 and leading India to a 6-wicket win.

Don of cricket as they called me but never enjoyed hurting people but I must say when I was out there I just ran in for the love of my country & for the people around the world .. pic.twitter.com/be84Y2yYl5

How can you forget this gem from @sachin_rt !!
Smashing you my friend.
You were also winning asia cup this time.. pic.twitter.com/jyFgga9EXc

This is not T20 match.
Credit goes to @sachin_rt pic.twitter.com/XQ2BufCC65

Last month, Shoaib had announced his resignation from the post of advisor to the Pakistan Cricket Board (PCB) chairman. The 43-year-old, who was appointed to the post by former PCB chairman Najam Sethi in February this year, took to Twitter and declared his 'immediate' withdrawal from the post. "This is to announce that I have resigned from the post of Advisor to the Chairman #PCB effective immediately. @TheRealPCB  #ShoaibAkhtar," Akhtar wrote.

The former Pakistan speedster claimed more than 400 wickets during his international cricket career that spanned over a decade. Fondly known as the 'Rawalpindi Express', Akhtar represented Pakistan in 46 Tests and 163 ODIs. Along with that, Akhtar also represented his country in 15 T20I's.

Shoaib, during his career, was considered as one of the quickest bowlers, who played alongside the likes of bowling greats Wasim Akram and Waqar Younis.

Sachin Tendulkar Shoaib Akhtar Cricket
Get the latest updates on IPL 2021, IPL Points Table , IPL Schedule 2021 , live score . Like us on Facebook or follow us on Twitter for more sports updates. You can also download the NDTV Cricket app for Android or iOS.