India vs Australia: Michael Vaughan Thinks "India Made A Mistake" By Not Picking Ravindra Jadeja For Perth Test

This is also the fifth time that India have gone in without a specialist spinner. 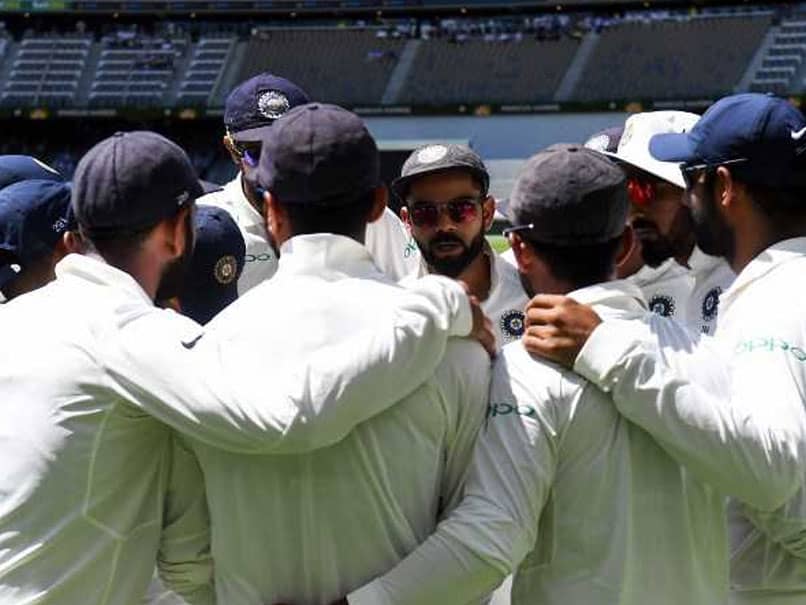 Ravindra Jadeja, who is waiting on the sidelines, was not picked for India's Perth Test against Australia as Virat Kohli opted to go with four pacers. While Hanuma Vihari was picked in place of Rohit Sharma, Umesh Yadav replaced Ravichandran Ashwin in the squad. Both the players missed the Perth Test due to injuries they suffered in the Adelaide Test. Ravindra Jadeja's exclusion from the playing XI attracted criticism. Former England captain Michael Vaughan, unimpressed with India's playing XI, took to Twitter to express his opinion. Vaughan said India "made a mistake" by not playing Jadeja. He further went onto to add "Aussies to win".

Think India have made a mistake not playing @imjadeja ... Not only for his bowling but his Batting at No 8 ... India have a very long tail this Week ... Aussies to win ... #AUSvIND #Perth

This is the second instance that India will be playing an all-seam attack after Johannesburg which was an incredible win.

This is also the fifth time that India have gone in without a specialist spinner.

Virat Kohli, who lost his ninth toss this calendar year, said that he is excited about the bowling unit and added that they will have to work hard for another victory.

"We would have batted as well. But not a bad thing to bowl on day 1 on a wicket which has a lot of grass. We are happy with whatever we are going to do. I have seen an ODI game happen here and it had quite a bit for the bowlers. Pretty excited about that as a bowling side," Kohli said after the toss.

"We will look to get in and make some inroads with the ball. It is a frest Test. Just another Test match for us. We are not taking anything complacently. We have to work hard for another victory. We are taking the confidence from the last game but not the scoreline ahead," Kohli added.

Virat Kohli Australia vs India 2018/19 Cricket
Get the latest updates on India vs England Series, India vs England , live score and IPL 2021 Auction . Like us on Facebook or follow us on Twitter for more sports updates. You can also download the NDTV Cricket app for Android or iOS.