Live Cricket Score India vs Australia: At stumps on day one, India were 303/4. 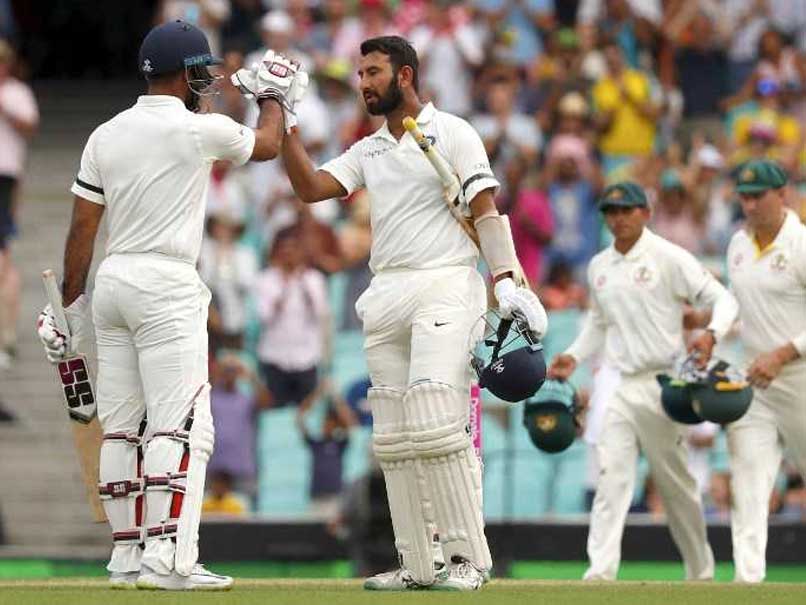 India vs Australia Live Score: Cheteshwar Pujara notched up his third century of the series on day one.© AFP

Cheteshwar Pujara scored his 18th Test hundred, third in the ongoing Test series, to guide India to a commanding position on the opening day of the fourth and final Test against Australia in Sydney on Thursday. He smashed an unbeaten knock of 130 runs while Hanuma Vihari contributed with attacking 39 (not out) as India concluded the day at 303/4. Earlier, opener Mayank Agarwal gave India a flying start in Sydney with a fearless 112-ball 77. For Australia, Josh Hazlewood claimed two wickets, while Mitchell Starc and Nathan Lyon took a wicket each. After toiling on a hot Sydney day, Australia were rewarded with the wickets of KL Rahul, Agarwal, Virat Kohli and Ajinkya Rahane, but despite a five-pronged attack the key scalp of Pujara remained elusive. The visitors lead the series 2-1 after winning the opening clash in Adelaide and the third one at MCG. Australia claimed victory in Perth. (LIVE SCORECARD)

05:23 IST: 3 runs! Nicely played. Cheteshar Pujara is in great touch. After getting most of his runs from flicks, the right-hander is now exploring the cover drives.

05:02 IST: 3 runs! The Indians get off to the mark with a crackling shot from Cheteshwar Pujara. He is showing more patience than Australia, who desperately need a breakthrough.

05:00 IST: Cheteshwar Pujara and Hanuma Vihari are out in the middle to start India's proceedings on Day 2. Josh Hazlewood will open the attack.

And he waits - @cheteshwar1 in all readiness before the start of Day 2 #TeamIndia #AUSvsIND pic.twitter.com/qOH60q19ml

04:55 IST: Cheteshwar Pujara (130*) and Hanuma Vihari (39*) are holding fort for India, who are aiming for a maiden Test series win in Australia.

This guy - @cheteshwar1
How much longer is he going to bat? Any guesses? #TeamIndia #AUSvIND pic.twitter.com/YuFwLbdpdb

04:50 IST: Hello and welcome to our live coverage of the second day of the fourth Test between India and Australia in SCG, Sydney.

If India, the world's top-ranked nation, win or draw in Sydney they will clinch a first-ever series in Australia since they began touring Down Under in 1947-48. Kohli again won the toss with Rahul back in the team to open with Agarwal and Vihari dropping to number six to cover for the unavailable Rohit Sharma.
Australia got an early breakthrough with Josh Hazlewood tempting Rahul into a defensive shot that took a outside edge and carried to Shaun Marsh at first slip, and he was gone for nine.
But that only brought the stoic Pujara to the crease and like he has done all series, the 68-Test veteran dug in and blunted the new ball.
He survived a review decision for caught behind on 12, but otherwise gave a masterclass, brushing off two nasty hits to the shoulder.
In another innings of patience and concentration, he slowly picked off runs to bring up his 18th Test century from 199 balls, with 13 boundaries.
The methodical 30-year-old has been by far the best batsman from either side across the series and his ton followed a stellar 123 in the first Test in Adelaide and 106 in the third Test at Melbourne.

Playing in only his second Test, the Bangalore-born Agarwal was also impressive.
He was targeted with bouncers and struck on the helmet but held firm, reinforcing his credentials after a solid debut in Melbourne.
He worked hard to make his second Test 50 in only three innings by caressing a Mitchell Starc delivery through the covers for four.
But he began to open up with the bat and after hitting Nathan Lyon for six to bring up his highest Test score of 77, attempted to do the same from the next delivery and was caught by Starc at long-on.

Sydney Cricket Ground (SCG), Sydney Australia vs India 2018/19 Cricket Australia vs India, 4th Test Live Score Live Cricket Score Live Blogs
Get the latest updates on ICC T20 Worldcup 2022, check out the Schedule and Live Score . Like us on Facebook or follow us on Twitter for more sports updates. You can also download the NDTV Cricket app for Android or iOS.