India scripted history by becoming the first team from Asia to win a Test series in Australia. 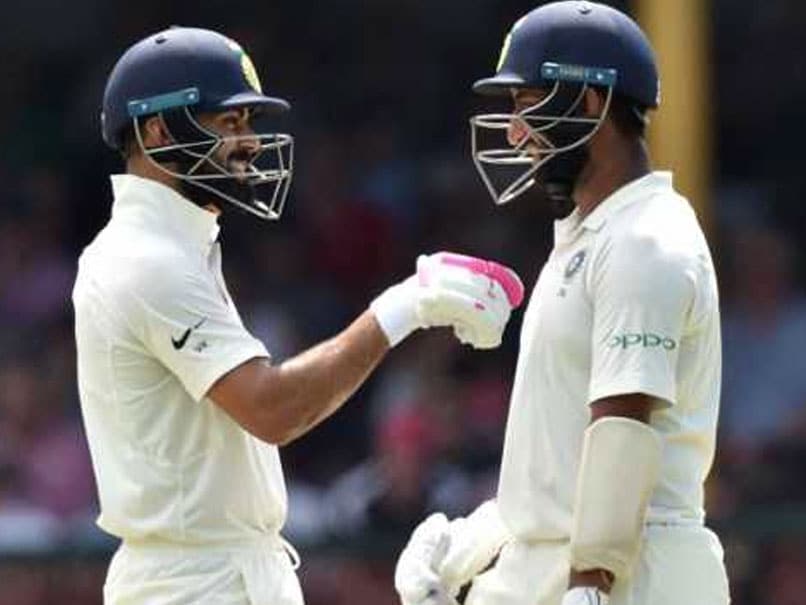 India made history on Monday by becoming the first Asian team to win a Test series in Australia. The Indian cricket team earned plaudits for their superlative performances in the four-Test series with congratulatory messages coming in from all around the globe. On Tuesday, it was the turn of Windies batting legend Viv Richards to lavish praise on the Indian team and it's two batting stars -- captain Virat Kohli and Cheteshwar Pujara. In a video message posted on Twitter, the West Indian legend also had a message for his "good mate" and Team India coach Ravi Shastri.

"Let me take this opportunity to congratulate Virat and and your team for such a magnificent performance Down Under," said Viv Richards in a video message.

You can watch the entire video here:

Remarkable performance from @imVkohli and team down under. Exceptional batting from @cheteshwar1 as well in such difficult conditions, going on to make history.

And @RaviShastriOfc, keep up the great work with the team. All the best! @BCCI pic.twitter.com/MYmwoaMBHk

On Monday, India ended their 71-year wait to win a series Down Under. The visitors drew the fourth and final Test in Sydney to clinch the series 2-1.

Pujara's performance with the bat was instrumental in India's win but the Indian pace attack, led by Jasprit Bumrah, also had a huge role in India scripting history.

Pujara scored 521 runs in seven innings at an average of 74.43 with three centuries to his name. By his lofty standards, Virat Kohli didn't fare as well, scoring 282 runs at an average of 40.29 with a solitary hundred.

Rishabh Pant was the second highest run-getter with 350 runs to his name at an average of 58.33.

The Indian pacers were also hugely successful, giving the Australian batsmen a torrid time. Bumrah ended the series as the joint top wicket-taker with 21 scalps to his name. Mohammed Shami was also brilliant, taking a total of 16 wickets in the four-match series.

Virat Kohli Isaac Vivian Alexander Richards Australia vs India 2018/19 Cricket
Get the latest updates on IPL 2021, check out the IPL 2021 Schedule and Indian Premier League Live Score . Like us on Facebook or follow us on Twitter for more sports updates. You can also download the NDTV Cricket app for Android or iOS.