The Virat Kohli-led India clinched the series 2-1, becoming the first Indian side to win a Test series in Australia. 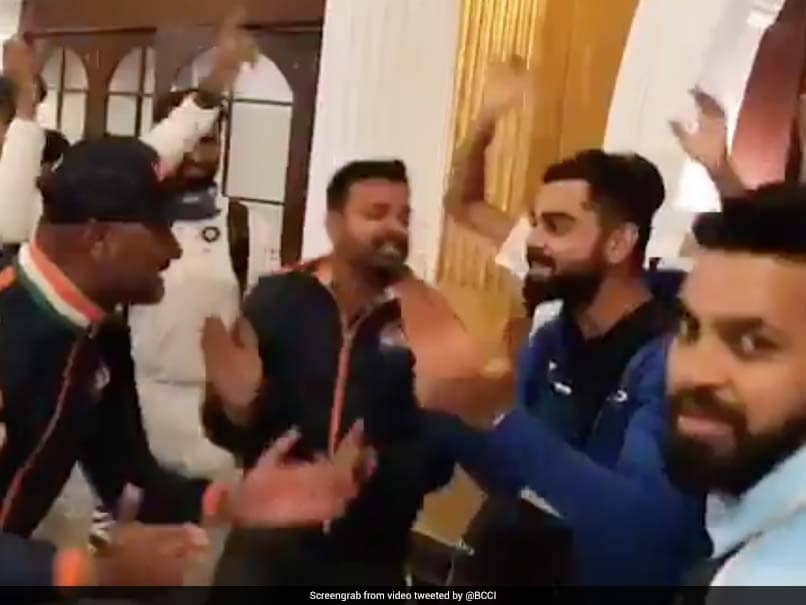 Virat Kohli has finally started celebrating India's historic win over Australia, that too with Bharat Army. A video posted by the Board of Control for Cricket in India (BCCI) on Twitter shows the Indian team and their captain Virat Kohli dance to "Mere Desh Ki Dharti" at the Sydney Cricket Ground, where the fourth Test between India and Australia ended in a draw. The series eventually ended in India's favour, in which India clinched the Melbourne and Adelaide Tests by convincing margins.

Team India celebrate with the Bharat Army!: https://t.co/fsTy8cnSIQ via @YouTube

The Board of Control for Cricket in India (BCCI) on Monday congratulated the national team for clinching the country's first ever Test series win in Australia. India completed a historic 2-1 series win on Monday after the fourth and final Test ended in a draw since the fifth day's play was washed out due to persistent rain. "We wish to congratulate the Indian team for becoming the first Asian team to win a Test series in Australia and to create cricket history," the BCCI's Acting President C.K. Khanna said in a statement. "We also take the opportunity to congratulate Virat Kohli for his superb captaincy. He led from the front and impressed every one with his tactics," he added. The board also lavished praise on top order batsman Cheteshwar Pujara for his superb form throughout the series. Pujara was the backbone of the Indian batting line-up, emerging as the highest scorer of the series with 521 runs. "Special mention is being made of Cheteshwar Pujara for producing career-best performance in the series. He richly deserved two man of the match awards and his first Player of the series award," Khanna said. "We wish the Indian team all the best in the forthcoming ODI series," he added. "This is one of the best possible New Year gift to our great nation." (With IANS inputs)

Sydney Cricket Ground (SCG), Sydney Australia vs India 2018/19 Cricket
Get the latest updates on IPL 2021, IPL Points Table , IPL Schedule 2021 , live score . Like us on Facebook or follow us on Twitter for more sports updates. You can also download the NDTV Cricket app for Android or iOS.