India will be meeting Australia in the 2nd T20I at MCG after losing the first match in Brisbane. 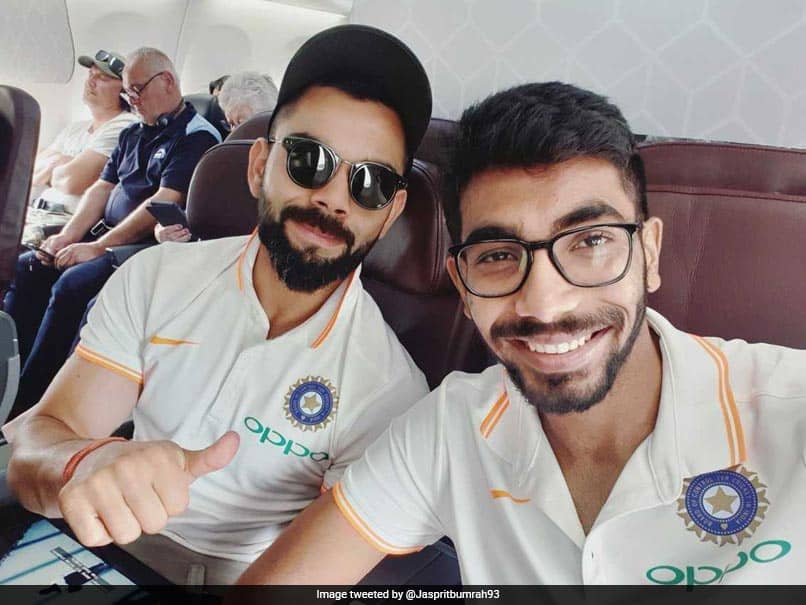 The second match of the T20I series between India and Australia will played on November 23.© Twitter

The Indian cricket team arrived in Melbourne for the second T20I against hosts Australia on Thursday. The Board of Control for Cricket in India (BCCI) took to Twitter and uploaded a video of the Indian team de-boarding the bus as fans give them a warm welcome. During the 20-second video, India captain Virat Kohli was seen meeting fans and signing autographs for them. Earlier in the day, India pacer Jasprit Bumrah also uploaded a photo on Twitter with Virat Kohli and captioned it as "travel day".

Melbourne! We are here for the 2nd T20I #TeamIndia #AUSvIND pic.twitter.com/8xEp62g3Ex

After losing the first T20I by four runs in a rain-truncated match, the visitors will be looking to correct the mistakes and bounce back to stay alive in the series.

At the Melbourne Cricket Ground (MCG), India have played three matches against Australia, winning two and losing one.

The last time these two teams met at the MCG was in 2016. India had posted 184/3 in their 20 overs, with Kohli remaining unbeaten on 59. Australia, in the chase, could only muster 157/8 as Ravindra Jadeja and Jasprit Bumrah had shared four wickets between them. India won the tie by 27 runs.

With India losing the opening game of the three-match series, Kohli said that they need to learn from the mistakes and get back better.

"Started well with the bat, fumbled in the middle overs...What we can do is learn from them (mistakes) and get back better. On the day, if we can have three-four guys to stand up for the team, that's what we want. Don't have much time to think of things, which can be a good thing as well as a bad thing," Kohli had said in the post-match presentation.

Second India vs Australia T20I will played on November 23.