Nathan Coulter-Nile said he has no issues on being dropped from the ODI squad against India. 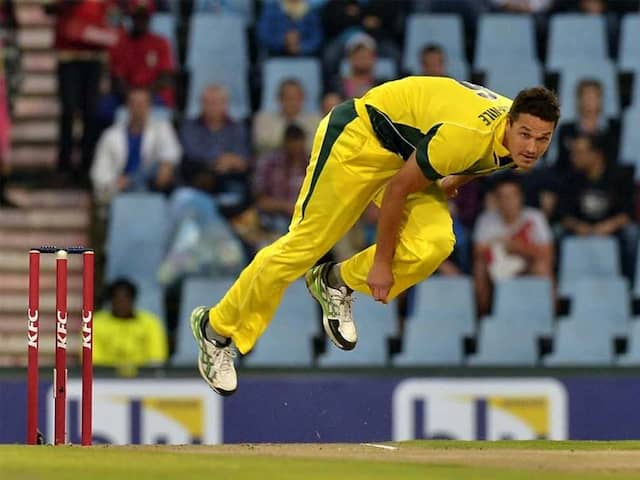 Nathan Coulter-Nile, the Australian pacer has slammed the poor communication from the national team management after he failed to find a spot in the ODI squad for the series against India. The 31-year-old Nathan Coulter-Nile, who has a history of back problems, said that it was necessary for the national team coach Justin Langer to check if he was fit before announcing the squad. Coulter-Nile has featured in 22 One-Day Internationals (ODIs) for Australia and he believes that the communication used to be a little bit better from everyone. However, he said he has no issues on being dropped from the ODI set-up.

"I have no issue with being dropped, I just like to get a clear message about why -- I was told it was because I had a sore back," Coulter-Nile was quoted as saying by espncricinfo.com.

"JL (coach Justin Langer) asked me when they were selecting the team, I said I have a sore back but I haven't had a scan yet. With my history, it was just better off to check it. I think communication used to be a little bit better - from everyone," he added.

Coulter-Nile had made his last ODI appearance on November, 4 2018 against South Africa. He has picked 38 wickets for the team with a bowling average of 26.60.

Nathan Coulter-Nile Cricket
Get the latest Cricket news, check out the India cricket schedule, Cricket live score . Like us on Facebook or follow us on Twitter for more sports updates. You can also download the NDTV Cricket app for Android or iOS.