India vs Pakistan: Ravi Shastri called the toss wrong in the match. Babar Azam shouted tails while Shastri said, "heads is the call". 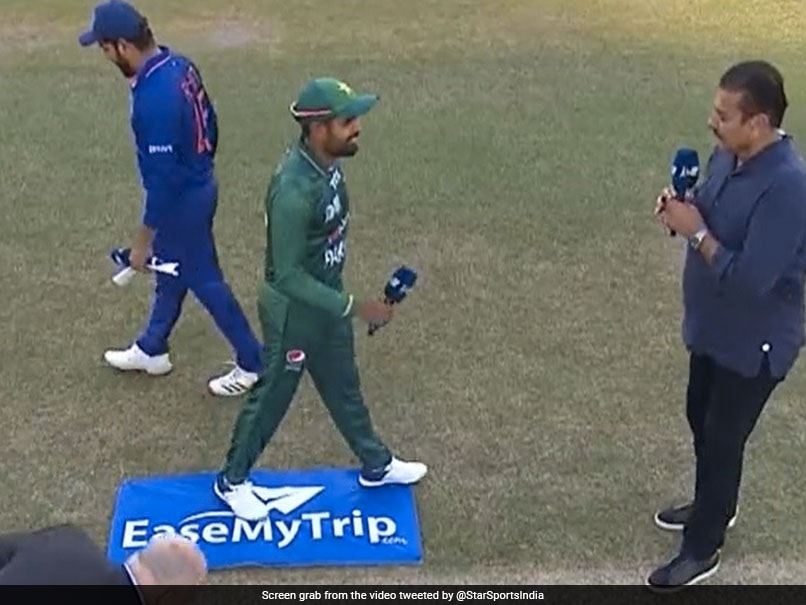 India vs Pakistan, Asia Cup Super 4: Ravi Shastri at the toss with the captains

The India vs Pakistan clash in the Super 4 stage of the Asia Cup got off to a thunderous start on Sunday and it all began with the toss as Ravi Shastri brought on his exuberance and energy to the coverage. But the former India head coach got the call wrong as Pakistan captain Babar Azam shouted tail, while Shastri said "heads is the call". The match referee though was spot on and he gave the call to Babar, who chose to bowl first.

Watch: Ravi Shastri gets the toss call wrong in India vs Pakistan match

The coin has favoured Babar, check out below what Pakistan chose to do!

Lot of fans on Twitter applauded Shastri for his high energy, which game the India vs Pakistan match the spectacular start it deserves.

But there were others who saw the funny side of things as Shastri got the call wrong. Here are some reactions from Twitter.

Bro is no one gonna talk about how Ravi Shastri messed up the toss
And when the referee confirmed how did Rohit assured it's babar's call??

India got off to a brilliant start with both Rohit Sharma and KL Rahul taking the attack to Pakistan's bowlers. Rohit was dismissed on the first delivery of the 6th over with the score on 54.

Pakistan Cricket Team Ravi Shastri Asia Cup, 2022 India vs Pakistan, Super Four - Match 2 Cricket Social
Get the latest updates on IPL Auction 2023 and check out  IPL 2023 and Live Cricket Score. Like us on Facebook or follow us on Twitter for more sports updates. You can also download the NDTV Cricket app for Android or iOS.